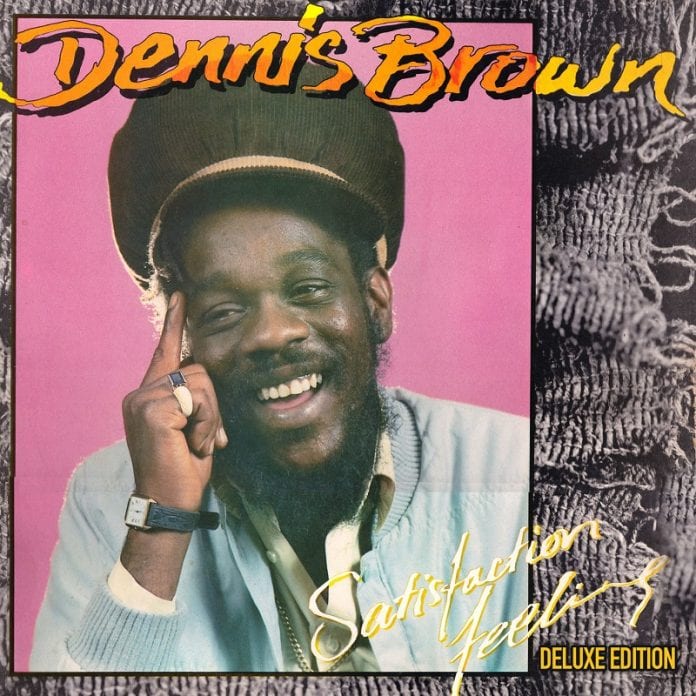 KINGSTON, Jamaica – Although he died at age 42 in July 1999, Dennis Brown was always the ‘boy wonder’ to his countless fans. He had an impressive 31-year career that encompassed roots-reggae and lovers rock.

His legacy is once again revisited on “Satisfaction Feeling”, a 21-song album scheduled for release on February 1 which is his 63rd birthday. It will be distributed by Tad’s International Record.

“Satisfaction Feeling” includes a number of the Crown Prince of Reggae’s classic songs including Here I Come, the anthem that announced his shows; Take it Easy, Don’t Want to Be A General, Inseparable, Caress me Girl and The Promised Land.

Tad Dawkins, principal of Tad’s International Record, knew Brown for over 20 years and produced some of his hits including the 1982 version of Here I Come which became his signature. He said his label is going all out to re-introduce the singer’s music to a new generation.

“We want to reach the four corners of the world to all music lovers, as this is an album that collectors and fans can cherish for a lifetime,” he said.

The album also contains a version of Bobby Socks to Stockings, a song originally done in 1959 by Frankie Avalon.

Dawkins first met Brown in the late 1970s while he (Dawkins) was living in New York City. They developed a lasting friendship that produced several songs including WildFire, a big hit for Brown and John Holt.

The release of “Satisfaction Feeling” not only celebrates Brown’s birth. February is also celebrated as Reggae Month in Jamaica and he and Bob Marley (who was born on February 6) are celebrated throughout the period.

Brown is arguably the most influential singer in reggae history. He inspired a rush of vocalists including Michael Rose, Sugar Minott, Frankie Paul, Richie Stephens and Luciano.