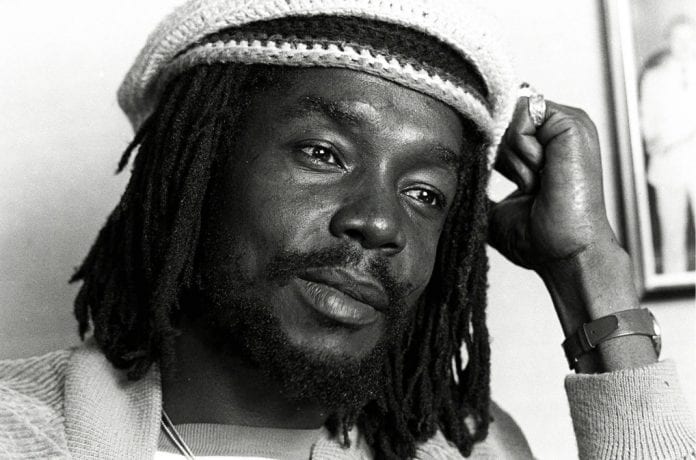 Americans will forever remember September 11, 2001 for the tragedy that took place at the World Trade Center’s twin towers in New York. That terrorist attack killed just over 2,700 people.

Tosh and two others murdered

Reggae fans also recall the date September 11 with dread. On the evening of September 11, 1987, Jamaican reggae artist Peter Tosh was murdered at his home in Jamaica at age 42.

Tosh, a member of the original Wailers and a solo star in his own right, was killed along with impresario/Disc Jockey Jeff “Free I” Dixon and Wilton “Doc” Brown in a bloody incident that shocked Jamaicans.

His common-law wife Marlene Brown and drummer Carlton “Santa” Davis, a member of Tosh’s Word, Sound and Power band, were injured in the attack which was led by Dennis “Leppo” Lobban, an ex-convict the singer knew.

Peter Tosh was the fieriest of the famous Wailers, the others being Bob Marley and Bunny Wailer. Even on the group’s early albums with Island Records, he wrote the most provocative songs — 400 Years and Get Up, Stand Up. After leaving The Wailers, he continued to take on the establishment or as he called it, “the sh.itsim.”

Two of Tosh’s greatest statements were the albums Legalize It and Equal Rights, released in 1976 and 1977, respectively. The former called for the legalization of marijuana (also known as ganja in Jamaica) for which he was a passionate advocate.

Thirty years after his death, the Jamaican government is doing just that. Politicians, who once shunned Rastafari as ganja-smoking riff-raff, are fast-tracking legislation, with many among the country’s private elite pumping millions of dollars into ganja-based initiatives.

In the year of his death, Tosh’s last studio album, No Nuclear War, was released. It won the Grammy Award for Best Reggae Album in 1988.

Late last year, a museum honoring the Tosh legacy opened in Kingston, the Jamaican capitol. It is just a hop and skip from the Bob Marley Museum which was once a hangout for Tosh, Marley and Wailer.

Peter Tosh’s songs are still played on Jamaican radio, but not many of the younger generation know of his stance against Apartheid, his fight for ganja rights and social equality.

But as Tosh sang in one of his most famous songs:

“You teach the youth about Christopher Colombus

You teach the youth about Marco Polo

You teach the youth about the pirate Hawkins

You teach the youth about the pirate Morgan

So, you can’t blame the youth of today

You can’t fool the youth

You can’t blame the youth

You can’t fool the youth.”