“Return to Love” – A Song of Inspiration by Bajan Singer Krisirie 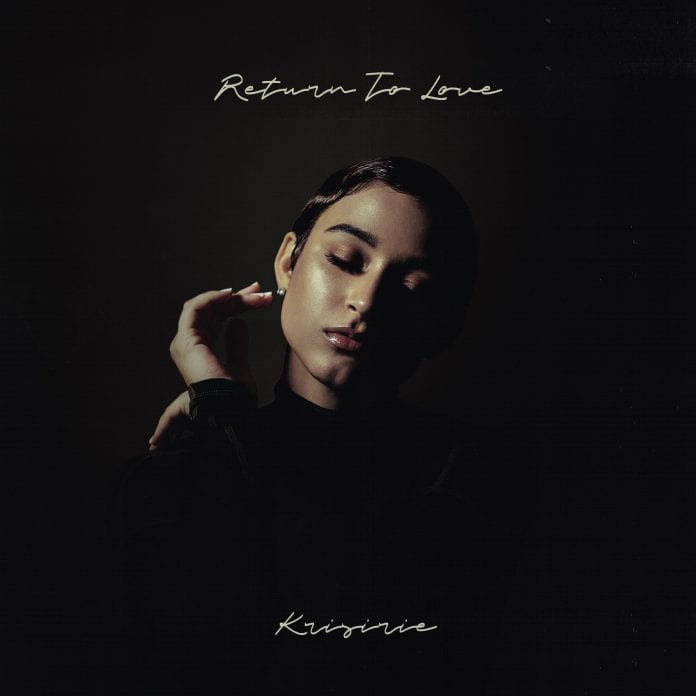 When singer Krisirie first met musicians Willie Stewart and Handel Tucker at Stewart’s On The Beat recording studio in South Florida three years ago, there was an instant synergy.

Call it Caribbean chemistry: Krisirie who is from Barbados and Stewart and Tucker who are Jamaicans, gelled so much that day, they co-wrote the stirring Return to Love.

That ballad was finally released in June. With Tucker on piano, Krisirie’s emotional plea for a peaceful world, tugs at the heart strings.

Stewart, former drummer with Grammy-nominated band Third World, and Tucker, World-Renowned Grammy Producer were blown away by the then 19-year-old’s maturity and talent.

“She has a unique sound and a sincerity in her delivery. She really has a style of her own,” said Stewart. It should come as little surprise that Krisirie hit it off with her more experienced colleagues.

Born Kristen Walker, she grew up in the parish of Christ Church, Barbados listening to mainly reggae; Bob Marley, Beres Hammond and Third World are some of her biggest influences.

Because of the COVID-19, promoting Return to Love has been restricted to social media. A gripping music video has attracted a rush of longtime admirers and new fans of Krisirie who began recording three years ago.”We’re very happy with how things are going. The social media and public response has been great,” said Stewart.

Krisirie is the latest act he and Tucker have worked with at On The Beat. Others include Krisirie’s compatriot, Arturo Tappin; sibling Jamaican trio, 3B4Jhoy, Josef George, a singer from the British Virgin Islands, and Norre Stephenson, brother of singer/songwriter Duane Stephenson.

Stewart, who has promoted to the successful Rhythms of Africa show in South Florida for the past 11 years, is confident Return to Love and Krisirie have the potential to go all the way. “She is singing a message that the world needs to hear. It’s timeless. If we don’t have love, we don’t have nothing,” he reasoned.