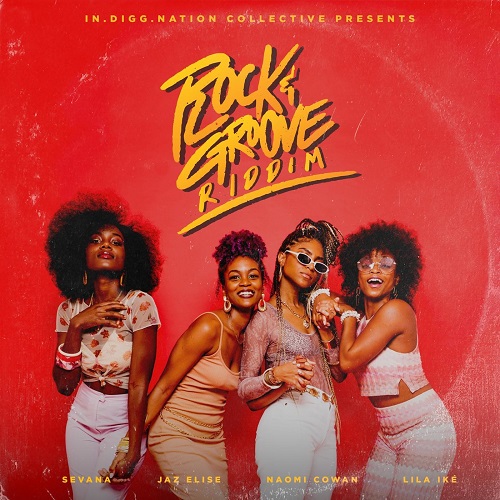 Despite the gains made in the last 20 years by women in reggae, the music is still dominated by producers who usually look to their male counterparts for hit songs.

In December, singjay/producer Protoje stood up for the ladies with the release of his Rock and Groove Riddim album. It features songs by singers Naomi Cowan, Lila Ike, Sevana, and Jaz Elise.

Cowan, whose song on the project is “Peace of Mind,” says more compilation albums of this nature are needed.

“That would be awesome if there were more of these. I wholeheartedly think there should be more projects like this because it’s relevant,” she said.

Protoje, a pivotal figure in Jamaica’s roots-reggae revival, approached Cowan last year to be part of the album which is released by his In.Digg.Nation Collective label.

The Rock and Groove album has songs by each artist, accompanied by a dub version.

Lila Ike, Sevana, and Jaz Elise are part of In.Digg.Nation Collective which recently signed a distribution deal with RCA Records.

With acts like Jah9 and Etana also doing well, Cowan believes the all-woman concept is warranted.

“We are in a time in our society when women are being uplifted and recognized in music, so it’s only natural we made this happen. Women’s voices matter even more when we are together because the public listens to us more,” she reasoned.

Cowan is the daughter of singer Carlene Davis and Tommy Cowan, who had a successful career as an artist, producer, and marketing executive.

She had a breakthrough hit in 2018 with “Paradise Plum.”

“Sweet Inspiration” by Lila Ike, Sevana’s “Haul And Pull,” and “Rock And Groove” are the other songs on the Rock And Groove album.