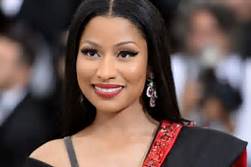 According to a report in Newsamericasnow.com, two popular Caribbean entertainers have responded quickly to help those negatively impacted by Hurricane Harvey in Houston Texas.

According to the reports, Trinidad-born rapper, and former American Idol judge Nicki Minaj and Barbadian-born international mega star Rhianna has made large donations to the hurricane relief effort.

Rihanna also donated to help the effort but to the nonprofit organization Feeding America. The singer also donated funds through her Clara Lionel Foundation. The amounts the singer donated was not disclosed. Responding to Rihanna’s contribution Feeding America responded with a tweet, “A huge thank you to @rihanna and the @ClaraLionelFdn for their generous donation for Tropical Storm Harvey relief efforts!”

As the flood water recedes in Houston and other areas of Texas the impact of the devastation grows worse. Some 48 people were reported killed on Friday morning, and thousands made homeless as their homes were ruined by flood water.

Harvey, which made landfall north of Corpus Christi August 25, has dumped nearly 50 inches of rain in and around Houston.

There have been reports of several other popular Caribbean entertainers and sports personalities making large donations to the Hurricane Harvey relief efforts, but CNW has not been able to confirm these reports.