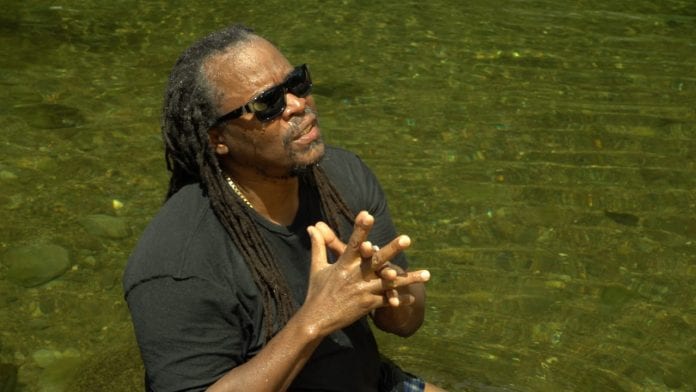 KINGSTON, Jamaica – In Jamaica, there are certain songs designated ‘Sunday music’ because their laid-back feel suits that day. They are usually by American crooners like Sam Cooke, Nat King Cole and Brook Benton.

Michael Buckley, who grew up in the tough Waterhouse community of Kingston, Jamaica’s capital, remembers as a boy listening to songs like Benton’s Rainy Night in Georgia.
His reggae version of that 1970 classic is from I Know The King, an EP which was released on March 13.
“It getting a lotta buzz, people a gravitate towards it. I expect great things with this EP ’cause whole heap a work go into it,” said Buckley.
I Know The King is produced by Stingray Records out of London which has established itself as a leading reggae outlet in the United Kingdom. The company, founded in 1994 by brothers Carlton and Raymond McLeod, has produced hit songs by Freddie McGregor and Luciano as well as quality albums by Spanish group, The Emeterians.
Buckley, who has been recording since the early 1980s, believes the eight-song project is his strongest effort to date.
“The whole production balance. The vocals, harmonies…everything come out great,” he said.
Buckley grew up in Waterhouse, an area that has produced Grammy-winning group Black Uhuru and singer Junior Reid. Olympic gold medalist, sprinter Shelly-Ann Fraser-Pryce, was also raised there.
But though he is a contemporary of groundbreaking artists like Tenor Saw and Wayne “Sleng Teng” Smith, Buckley never achieved mainstream success. Yet, his underground songs like Send Another Sound Home is a dancehall staple that inspired acts like Bushman and Luciano.
I Know The King, which also includes the title song, comes three years after the release of Bawl And Bawl, Buckley’s only album.
I know The King is available on Spotify, Apple Music and Google Play Music.