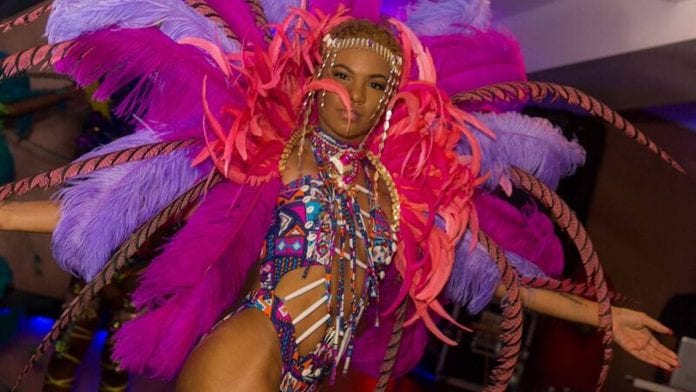 It may not have the international acclaim of counterparts in Rio, or Trinidad or Toronto, but Miami Carnival is right up there in terms of pomp and revelry.

The 33rd renewal of the annual fete kicks off on September 30 with a Junior Carnival at Central Broward Regional Park; it ends October 8 with the Miami Carnival Parade and Concert at Miami-Dade County Fairgrounds.

John Beckford is marketing director and a board member of Miami Carnival. This is his 23rd year involved with the event which he believes has grown considerably since it was first held in 1985.

“It has grown tremendously, but there is still room to grow more! It is remarkable the amount of tourists that come in for Carnival,” he said.

According to Beckford, Miami Carnival long transcended its Caribbean tag and has become truly cosmopolitan. He said fans from Norway, Japan, Portugal, Germany and Italy have helped diversify the party in the last 10 years. 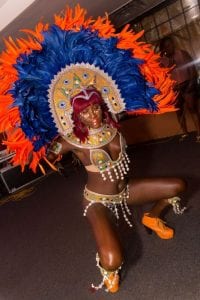 That growth, he noted, has seen the eight-day party become a bona fide economic earner for the region. He points to business picking up for airlines, local hotels and restaurants just before and during Carnival.

With the forces of nature putting a damper on things locally through Hurricane Irma, Beckford said Miami Carnival is even more important this year.

“I think the hurricanes have people wanting an opportunity to forget about all the trials and troubles this hurricane season has thrown our way.”

Beckford was born in California but raised in Jamaica and Trinidad and Tobago. Calypso, soca and Carnival were a part of his upbringing. Since moving to Miami in 1985, he has actively participated in the city’s Carnival.

He would like to see the children and grandchildren of West Indians participating more in Miami Carnival.

As revelers party at the Miami Carnival, they’ll have those affected by the hurricanes in their hearts.

“We are working with Miami Foundation and the Caribbean Strong hurricane relief efforts. As an organization, we have donated $5,000 towards the relief fund and individual members have given of their time, items and money. We will also be collecting $1 per patron at all events that will be donated to the Miami Foundation,” said Beckford. “We are shoulder to shoulder with our Caribbean brothers and sisters, not just now during this hurricane relief effort, but always.”