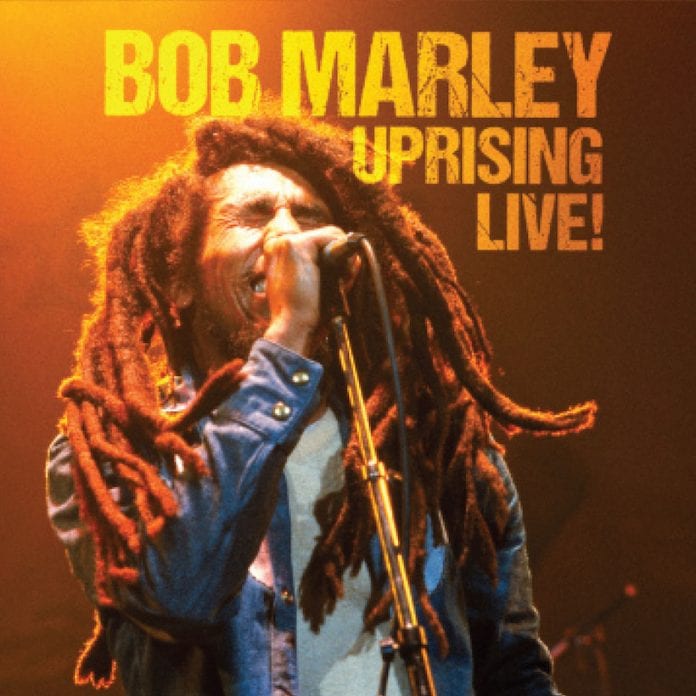 Reggae legend Robert “Bob” Nesta Marley would have turned 75 on February 6 this year and Eagle Records and the Bob Marley estate have collaborated to celebrate the anniversary of the late musician’s birth with the November 13 release of ‘Uprising Live’ available for the first time on vinyl, with black vinyl 3LP and highly collectable, limited edition colored vinyl 3LP.

Marley’s Uprising Tour ran in Europe from May to July 1980 with five further dates in the USA in September. It was Bob Marley’s final tour before his tragic death from cancer in May 1981 at the age of just 36.

Bob Marley’s music catalog has sold millions of albums worldwide. His iconic collection, Legend, holds the distinction of being the longest-charting album in the history of Billboard magazine’s Catalogue Albums chart and remains the world’s best-selling reggae album.

A coffee table book featuring never-before-released images of Marley has also been released to mark his 75th birth anniversary.