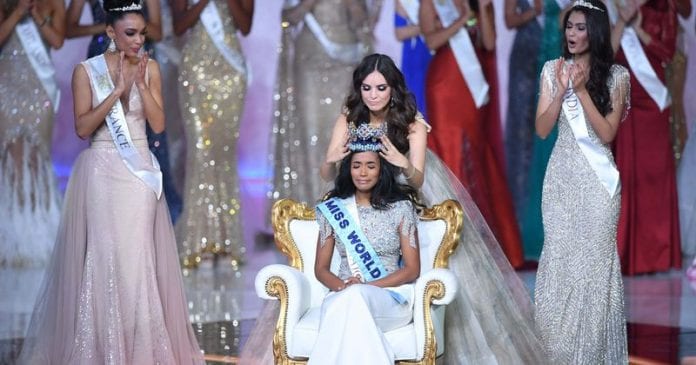 LONDON – Jamaican Toni-Ann Singh has been crowned Miss World 2019, becoming the first Jamaican to take the crown since Lisa Hanna’s win in 1993.

At the pageant held on December 14 in London, Singh stunned the judges with her vocal talent, intelligence and grace to take this year’s crown.

Singh, who had secured her place in the top 40 by winning the talent competition at the “Beauty with a Purpose” Gala Dinner in London, advanced to the final round of the competition along with Miss Nigeria, Miss Brazil, Miss India and Miss France.

In addition to dancing to Jamaican singer Koffee’s Toast, she also performed her version of Whitney Houston’s “I Have Nothing” live.

The 23-year-old St. Thomas native was a student at Florida State University where she studied Women’s Studies and Psychology.

Toni-Ann Singh now joins the elite list of Carole Crawford (1963), Cindy Breakspear (1976) and Lisa Hanna (1993) as Jamaicans that have been crowned Miss World. She placed first ahead of Miss France who was second and Miss India who was third.