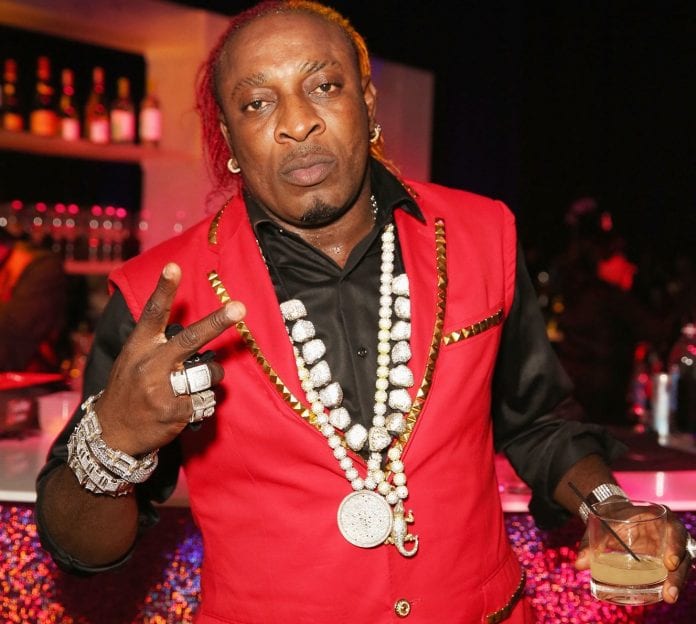 KINGSTON, Jamaica – Two popular Jamaican entertainers have ran afoul of the law in their country, for breaches related to the coronavirus.

Deejay Elephant Man and actor Garfield Reid, aka Bad Boy Trevor, will appear in court in April on different charges.

Elephant Man is charged with breaching Section 8 (5) of the Immigration Act, which mandates persons arriving in Jamaica to make a truthful declaration to immigration personnel.

It is reported that the flamboyant artist (real name Oneal Bryan) failed to do so after arriving from Europe at the Sangster International Airport in Montego Bay on March 17. He will be quarantined at home.

Best known for songs like Nuh Linga and Pon de River, Pon de Bank, 44-year-old Elephant Man is scheduled to appear in court on April 15. The fine, according to precedent, is a mere J$100.

The 50-year-old Reid, known for slapstick roles in theater, was arrested for hosting a March 23 pool party in Kingston, which defied government coronavirus restrictions of holding events with more than 20 persons.

Reid and his co-accused, 22-year-old Keneil Smith are out on $850 bail. They are scheduled to appear in court on April 24 to answer several charges, including breaching the Disaster Risk Management Act, Noise Abatement Act, the Emergency Powers Act, and Spirit Licence Act.

Given the threat and paranoia of the coronavirus, the indiscretions of both men have been condemned. Dr. Dennis Howard, a musicologist, broadcaster and music producer, is one of the critics.

“The coronavirus has reminded the world that despite forced divisions based on race, wealth, intelligence and class, we are all equal when the forces of nature unfolds. Celebrities and opinion leaders must be thoughtful and responsible all the time. Arrogance based on wealth and celebrity will have to be reconsidered in this new world of the future,” Howard stated.

On March 24, Jamaica’s ministry of health announced that there are 25 cases of coronavirus on the island.