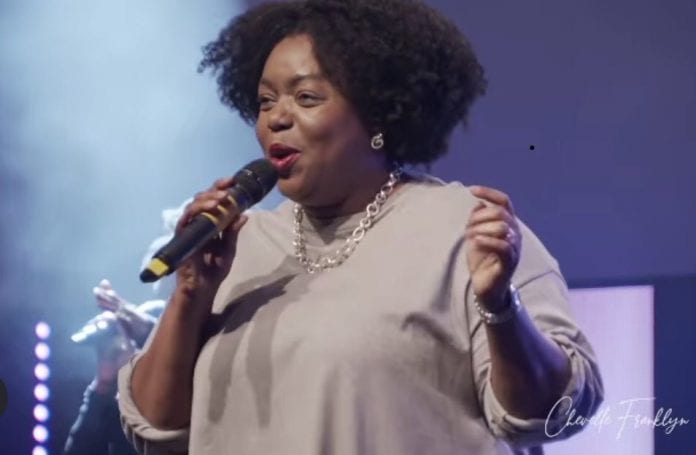 Jamaican gospel singer and Psalmist Chevelle Franklyn ministered virtually at one of the most prolific megachurches in the United States, The Potter’s House, pastored by world-renowned Christian leader Bishop TD Jakes, Snr., on Palm Sunday, March 28.

Franklyn took the stage in promotion for her upcoming project “South Wind Vol 1,” rescheduled for release later this year.

No stranger to the global stage, this was the first time a Caribbean act has ministered on a platform of this scale to such a diverse online audience. The Potter’s House (TPH) of which Bishop T.D. Jakes serves as founder and senior pastor, is based in Dallas, Texas. The church has a 30,000 member fellowship and following the Covid-19 global pandemic, millions more now view online.

Recently, in speaking of Franklyn, Bishop Jakes noted “Clearly, there is a special anointing on this woman! Her vocal ability is a weapon against the enemy! The world, especially at this time, must sing aloud ‘Go In Your Strength.’’’

Franklyn, who has been working on new music and engaging in global virtual performances is fresh off the heels of commanding performances at last year’s “The Experience 15” Global Edition which has a social media reach of over 15 million, arguably the largest Gospel concert in the world based in Lagos, Nigeria. She also ministered at last summer’s “The Virtual Buzz,” Europe’s largest Gospel festival. At both events, she served as one of the headlining acts.

She released new music encouraging hope during the COVID-19 pandemic with two singles “iPrevail” and “Go in Your Strength,” currently available for streaming across all DSP.

Chevelle Franklyn released a new single called “Never Be” which she performed at The Potter’s House at the main service on March 28. Her performance was streamed online at www.thepottershouse.org.