Jerk lovers from all over the globe tuned in to watch the first-ever National Jamaican Jerk Day virtual event streamed live on VP Records’ YouTube channel from the Miramar Amphitheater in South Florida, on Sunday, October 25.

Viewers—from as far away as Israel and Columbia to Canada, and so many cities right here in the United States—experienced their fill of jerk cuisine, genuine Jamaican culture, live entertainment, and highlights of some of the best acts to grace Jerk Festival stages over the years.

DJ Jason Panton kicked off the event, running the gamut of Jamaican hits from the legendary Toots and the Maytals “Pressure Drop” to Grammy kid Koffee’s “Lockdown” and everything in between. Hosts Jody Ann Gray and Noah Powa kept the vibes lively with various dances from the island’s extensive dance catalog. 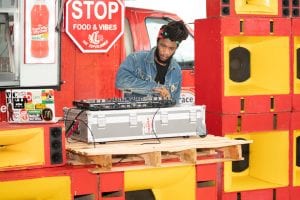 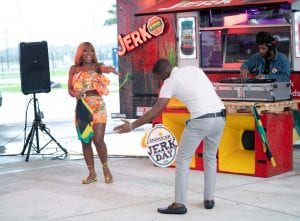 Highlights of performances by reggae icons John Holt and Barrington Levy and soca queen Alison Hinds on the South Florida stage; Chris Martin and Romain Virgo on the New York stage and “King of the Dancehall” Beenie Man on the Toronto stage showcased the caliber of entertainment these festivals are known for.

Violinists Sons of Mystro also performed a number of hits live from the Miramar Amphitheater and Noah Powa delivered a high-energy live performance. 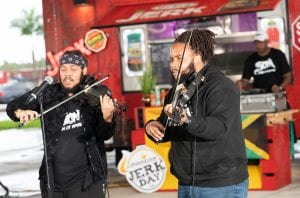 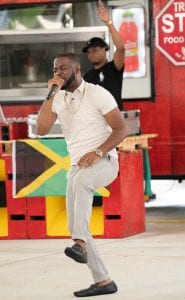 Viewers got a chance to see Chef Irie in his element, creating delectable jerk salmon and shrimp on the grill; and Chef Andre Fowles with a cooking demo of jerk pork chops with caramelized mangoes using Grace Jerk Seasoning. 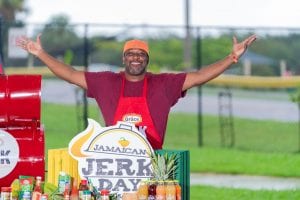 Nanny of the Maroons, played by actress Maxine Osbourne, appeared intermittently throughout the production, melding the old with the new and bringing hope to her descendants. Her parting words: “The struggle continues, my people … take a look around … come together, be one, my people.”

A number of viewers reacted to the show on social media including Peter Campbell who commented, “Very good concept” and “Give thanks to the Jerkfest team.” TRELAWNY, who apparently enjoyed Nanny’s appearances, commented, “Nanny still wild enuh.” and Sharon Gordon said, “I thoroughly enjoyed it. Good show.”

“We are pleased at the positive response we have been getting to the concept and happy for the number of people who participated, understanding that this was the first. Our goal is to grow this concept into a major celebration in the coming years,” said Eddy Edwards, CEO of  Jamaican Jerk Festival USA, Inc.

The live stream was the highlight of the inaugural National Jamaican Jerk Day, recognizing jerk cuisine—Jamaica’s indigenous way of seasoning and grilling foods. Jamaican jerk has garnered worldwide appeal and, like reggae music, is synonymous with the island.