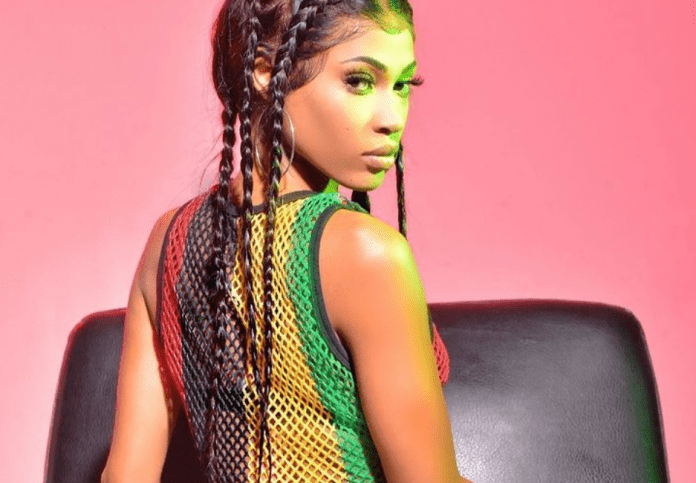 Multifaceted in her art, the songwriter is laser-focused on achieving her dream. Some might have thought her strategic career-bolstering move to collaborate with Skillibeng, the hottest artist out now, for her song ‘Chappa Gyal’ would have faded, but she is just getting started and already silencing critics.

It’s a mere month after ‘Chappa Gyal’’s trending debut and the St. Ann native has released a new music video for her new Y.G.F produced single ‘Music Villan’. The 27-year-old has plans to take over Jamaica, “mi a chap the whole Jamaica and they don’t even know yet.”

In just a few days since its release, the music video on her official Vevo Channel has amassed over 25,000 views and counting. Comments from ‘the Milanairs’ and new listeners approve; lauding her talent as a newcomer in Jamaican music.

The video, which she not only stars in but also directed the visuals for, starts with an unflattering rumour about her then she replies, “Honey Milan, music villain, try tek mi space get two clip fi nyam, hey boy hey gal yuh a real pagan, jus deh yah fi a minute and them seh it too long”, her whispering rap affirms, just before easing into the catchy phrase, “Why humans always fight humans”?

Petite in frame but mighty on the mic, Honey Milan might be new to the public but certainly not new to music, “I have been writing songs for a while now, people would see me at the studio, hear my flow and want me to write for them,” she explains with humble confidence in her tone. She doesn’t reveal who she has written for, unphased by it; eager to put her lyrical prowess for her own songs on the map. “It’s my time now”.

She doesn’t hold her standards in the industry against females either; it’s the males who impress her most. From Bounty Killer to his former mentee Vybz Kartel, her aim is to spit bars like the males do; using her sexy, cool, gangster girl appeal to thrust her forward.

Honey Milan has no intention to slow down, music is her playground and lyrics are her toys. New music is undoubtedly on the way. Could she be dancehall’s new pop star?