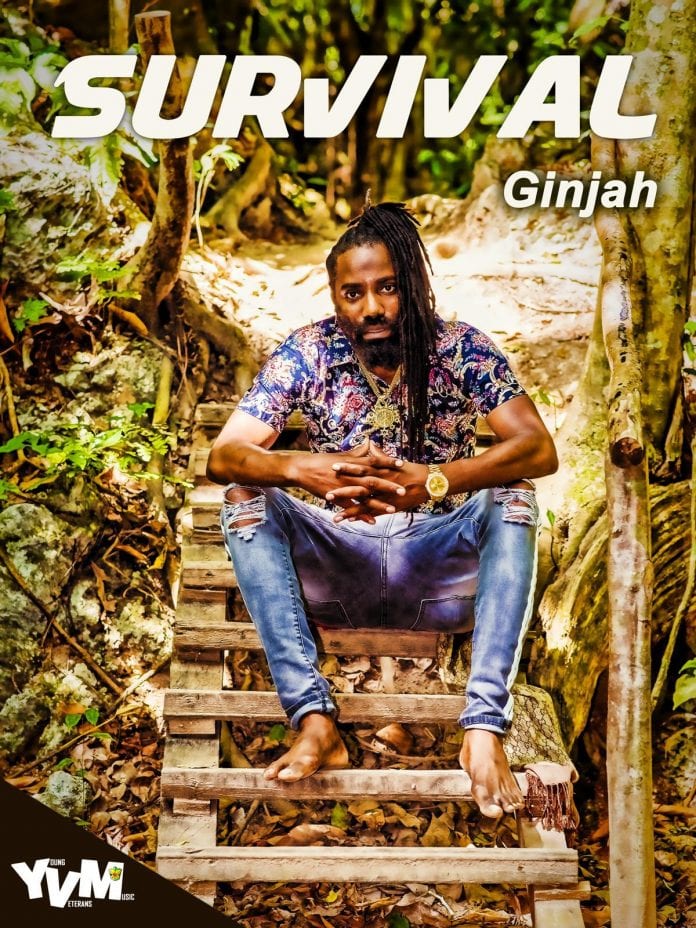 KINGSTON, Jamaica – In March, the enigmatic singer/songwriter Ginjah is scheduled to release Survival, his fourth album. The title, he says, sums up a challenging musical journey.

The Rastafarian artist wrote all songs on the rootsy set which is produced by brothers Andrew and Sheldon Pennicott for their Young Veterans label.
According to Ginjah, the title song is autobiographical, “because every time I lift my head above water someone want me to drown.”
Ginjah began recording just over 20 years ago and has released three independently-produced albums. He was once affiliated with Beres Hammond’s Harmony House company for which he did a number of songs.
He also toured with Hammond, opening shows for the singer in Brazil, Japan and Dubai. His songs, such as War Inna di City, Sweet Killer and Never Lost my Way have earned him a strong following in Jamaica but not as big as music pundits predicted.
On Survival, he may have finally found the breakthrough. He stands out on songs like the title track, the resilient Jah by my Side and Fire Blaze.
“I wrote all my songs. Writing is my thing, in my humble opinion all the songs address diverse issues,” Ginjah stressed
“Writing these type of songs showed that I’ve come a far way. To God be the glory.”
The 41-year-old artist was born in Hanover, a parish in rural Jamaica sandwiched by the resort areas of Montego Bay and Negril. He grew up in Central Village — a rugged area on the outskirts of Kingston — with a reputation for gang violence.
His Central Village experience inspired several of Ginjah’s songs including War Inna di City. He credits music for keeping him from a life of crime.
The Pennicott siblings recruited several top Jamaican musicians to work on Survival, including veteran guitarist Earl “Chinna” Smith, who has recorded and toured with Bob Marley, Jimmy Cliff, Ziggy Marley and Dennis Brown.
Ginjah believes Survival may be his strongest work to date. It reflects his commitment to making music and resisting the lure of delinquency.
“That’s why I won’t get carried away, faith is all I have,” he said.