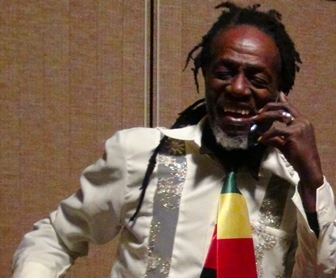 Former member of The Heptones, Naggo Morris, died on May 17 in St. James parish, Jamaica. He was 72.

His sister, Vivia Morris-Torvik, said he succumbed to cancer at the Cornwall Regional Hospital.

Born Dolphin Morris, he replaced Leroy Sibbles in The Heptones in 1975. Prior to that, he was a member of The Soul Boys, a harmony trio that recorded at Studio One for producer Clement Dodd.

Morris also had a promising solo career, his best known songs being Su Su Pon Rasta and Flour Power. He cut several albums with Earl Morgan and Barry Llewellyn, who were members of the classic Heptones lineup with Sibbles.

A cover of The Gladiators’ Street of Gold was maybe his most popular song with The Heptones.

Morgan remembers the dreadlocked Morris as “very jovial. I never see a sad side to Naggo.”

Morris, who also toured Europe with The Heptones, left the group during the 1980s but performed with them sporadically up until four years ago.

He continued his solo act on Jamaica’s North Coast tourist scene, appearing at events like Love At Woodstock in Negril.

Morris-Torvik said her brother “wasn’t a Marley but made a significant contribution to reggae.”

He is survived by children, grandchildren, two brothers and four sisters.