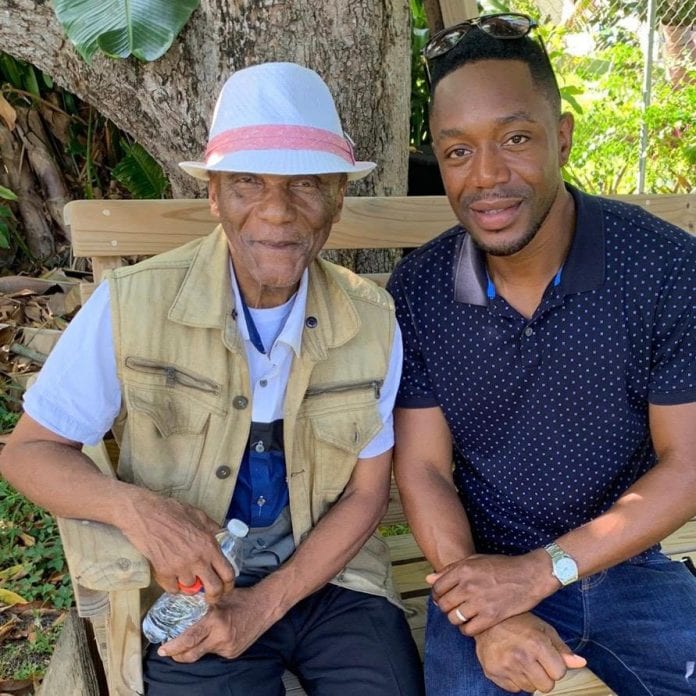 Mr. Davis said he first met Morris in Miramar in July last year at a birthday party his neighbor was hosting for the veteran singer. It did not take long for them to hit it off, and Morris suggested they record a dancehall version of what is arguably his best-known song.

Originally from Portland in eastern Jamaica, Mr. Davis said he jumped at the opportunity as Sammy Dead is a song he loved since his youth.

“Yes, I love this song, from a child, I remember Sammy Dead playing everywhere I go especially on the radio stations. I told him (Morris) I remember Sammy Dead as a child growing up and then he gave me the full history of how and where it came about and how it changed over the years to rocksteady, reggae and now dancehall,” Mr. Davis explained.

While he was excited to cover the song, he said bringing awareness to the 77-year-old Morris, who lives in Miami, was most important. Their cut of Sammy Dead is co-produced by Chris Martin, Chadrick Johnson and David Anglin; it was released on Thanksgiving Day.

“I believe this icon paved the way for many of us today and needs the recognition he deserves,” said Mr. Davis.

Morris began recording in the early 1960s when ska emerged from clubs in Kingston, Jamaica’s capital. His greatest success came with Byron Lee who produced Sammy Dead, as well as Oil in my Lamp and Wings of A Dove.

In 1964, Morris was part of the delegation that performed at the World’s Fair in New York. He will be honored with a Lifetime Achievement Award this month by the Jamaica Reggae Industry Association (JaRIA) at their annual ceremony in Kingston.

Born Tyrone Davis, Mr. Davis migrated to the United States in 1991. His brother is music producer Jon FX, who has produced hit songs by rapper XXXtentacion, Gyptian and Sizzla.

In 2018, Mr. Davis kicked off his recording career with the song Tatoo. He has established himself as a ‘barber to the stars’, counting actor Orlando Jones, singers Roberta Flack, Ray J and Sean Kingston among his clients.