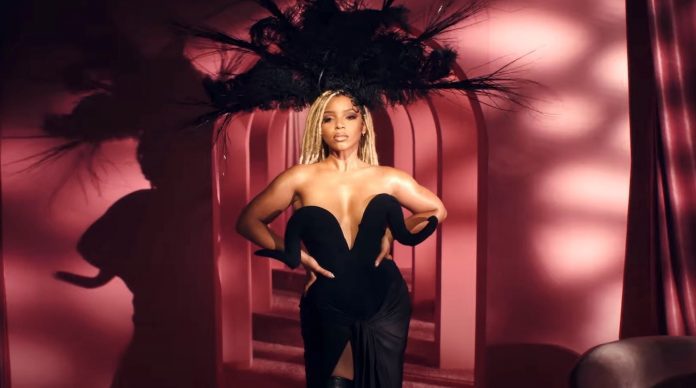 Chloe Bailey, one half of the R&B pop duo Chloe x Halle, has taken on the role of solo-performer, with the release of her debut solo single and a very provocative new music video, aptly titled ‘Have Mercy’.

The Grammy-nominated singer released the single and accompanying video on September 9, and the visuals have already garnered over 1 million views on Youtube.

The video’s trendy sex appeal, derrier-shaking and inducing verses, all exhibit a side of Chloe that has been bursting to come out since her debut alongside her sister five years ago.

Chloe, who is also a talented actress and producer of beats recently told Billboard, “I’m creating my own lane, as well as paying homage to the ones who have inspired me”. This is the first listen from her upcoming debut album, which will be released by Parkwood Entertainment and Columbia Records.

Chloe x Halle got signed to Beyonce’s record label, Parkwood Entertainment in 2016 after the ‘Queen Bey’ started saw them covering her songs on YouTube.

Chloe Bailey will be performing ‘Have Mercy’ live for the first time at the MTV Video Music Awards on Sunday, September 12.