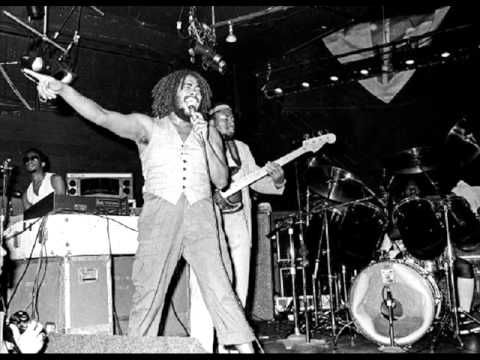 Reggae Music has seen a lot of great voices, voices who were meant to be legends now, with a fast track record. For some of them, unfortunately, life had other plans. One of those voices was Jacob Miller, for some “Killer Miller”. The life of Jacob Miller (born May 4), unfortunately, ended way too early at age 27.

In March 1980, Jacob Miller went on a trip to Brazil with good friend Bob Marley and Chris Blackwell (Island Records) to celebrate the opening of the new Island Records offices in South America. Shortly after, on a Sunday, 23 March 1980, Miller and one of his sons died in a car accident on Hope Road in Kingston, Jamaica.

At age 26-years, the singer, songwriter, and performer had won the hearts of Jamaicans with his witty social commentary and explosive stage performances. He unwittingly stirred controversy among the nation’s leaders when he sang of the serious problems and tribulations within Jamaica’s ghettos.

Miller’s confidence and ability-supported by a sense of humor and unhindered frankness-led him to an audition with the Bad Boys of Reggae:  Inner Circle on Kingston’s famous Red Hills Road.

This popular, emerging group had recently gone through band member changes and a replacement singer was being sought. Circle leader Roger Lewis recalls that Miller had been everywhere Inner Circle had performed: “He would always come around. He was at every show bragging about what a great singer he was.” Lewis had been told several times what a talent this young man was and decided to give him an audition. Lewis remembered the day Miller showed up to audition as the lead singer and brought his own nine-piece band to back him up. “That was Jakes,” Lewis remembers, “always happy and jovial. He always made jokes. Everyone liked Jakes.” The group consisting of Roger Lewis (guitar), Ian Lewis (bass), Bernard “Touter” Harvey (keyboards) and Rasheed McKenzie (drums)-added “Jacob the jester” to its strong line-up.

Inner Circle celebrates the life of Jacob Miller with a playlist on Spotify.