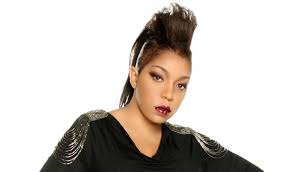 A spokesman for organizers of a Bermuda concert, in which Trinidadian soca star Destra Garcia fell and broke an ankle, has hit out at press reports. The reports in Trinidad and Tobago claimed the stage on which the artists performed gave way.

Nothing wrong with stage

Andrew Holmes, of 441 Productions, which organized last Wednesday’s Summer Splash show ahead of the two-day Cup Match holiday, told the Royal Gazette newspaper there was nothing wrong with the stage. He pointed out that Jamaican rapper Sean Paul appeared after Garcia’s “unfortunate accident”.

Holmes said statements in the Trinidad press that the stage had given way were “absolutely not the case”.

“The stage was not compromised in any way, despite what the Trinidad and Tobago Guardian said.

“The headliner – Sean Paul, went on stage right after – the stage was fine. It’s just a very unfortunate accident.”

Garcia, 38, known as the Queen of Bacchanal, is back home in Trinidad recovering from her injury which ruled her out of performances at Canada’s Caribana Toronto 2017 this weekend. She was also listed to appear next week at the Emancipation Festival in the British Virgin Islands.

Holmes said the production team that assembled the stage had done the job “for many years” without issues.

“We’ve never had any problem with the quality of the stage.”

A member of the production team accompanied Garcia to the King Edward VII Memorial Hospital, then back to her hotel to assist with getting her home.

Holmes said he did not speak personally with the singer, but she was “upset, and physically in pain”.