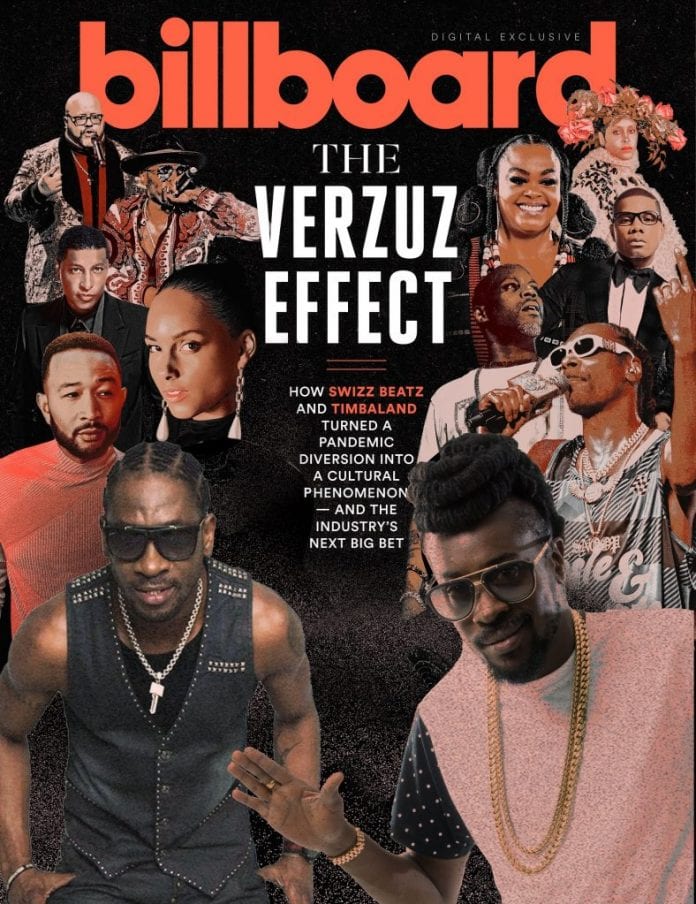 Dancehall icons, Beenie Man and Bounty Killer both played a huge part in the online Verzuz battles, which kept the world entertained while in quarantine, and thus the erasure of the two dancehall artistes from the forefront of the social media phenomenon has triggered much-needed conversation surrounding dancehall and Caribbean culture on a global stage.

In a cover story headlined ‘The Verzuz Effect’ published in the American entertainment magazine, Billboard, the publishers omitted the images of the two Jamaicans from a collage of some of the artistes who have appeared in the popular musical battle series.

Fans from around the world took social media to highlight their disdain for the blatant omission of the two musical veterans, saying that it showed a lack of respect for Caribbean, and more specifically- Jamaican culture.

However, the producers of Verzuz, American super producers and hip-hop artistes Timbaland and Swizzbeats came to the defence of the deejays.

They acknowledged that the game-changing performance by the two Jamaicans changed the entire trajectory of Verzuz. The day after their online battle, music streams for Beenie Man went up by 188% while Bounty Killer’s streams went up by 291%.

Nielsen Music/MRC Data also reported that the two deejays enjoy a collective 216% boost after their battle. They also had the second-highest views and impressions of all the online battles.

The producers also stated that the clash culture in popular music has its roots in Jamaica, making the deejays an even more integral part of the battles.

They later edited the artwork of the Billboard cover, removing their images, replacing them with photos of the deejays.

A statement posted on the Verzuz Instagram page noted that the edited version of the cover, which includes Beenie Man and Bounty Killer, better represents the effect of the series on the profile of the artistes who have appeared.

“While we are honoured that Verzuz made the cover of Billboard, this would not have been possible without Beenie Man and Bounty Killer who set a big tone for our audience and represented for Jamaica. Thank you Billboard for the acknowledgement, but we feel this version of the cover best represents The Verzuz Effect,” the statement read.

In his response via Instagram, Beenie Man drew for the quote which was made popular during the livestream of the battle when the police walked in during the broadcast.

“Billboard really is that guy,” he posted

Beenie Man also took to Twitter, thanking both Swizzbeats and Timbaland, but noting that it reflects the struggle faced by the genre.

“Everybody forward and tek piece and build up dem ting and then do everything to undermine the genre dancehall where they got it from.”

“When will dancehall get its recognition? No matter how the impact, no matter the hard work, no matter how powerful the music is, them still try it everytime them get a chance,” he tweeted.

Bounty Killer, in his cross, angry, miserable persona chastised the American magazine for it’s action, and intimated that it could not stop his progress.

“Cyaah go round, over nor under,” he posted on Instagram.

The Beenie Man-Bounty Killer Verzuz battle turned in impressive figures with nearly half-million viewers and more than one billion impressions on Instagram.

Based on the success of the Jamaican edition the producers were forced to change the format and now require that both acts be in the same location for the livestream. The local battle also earned praises for the impressive sound quality and uninterrupted Internet connection.