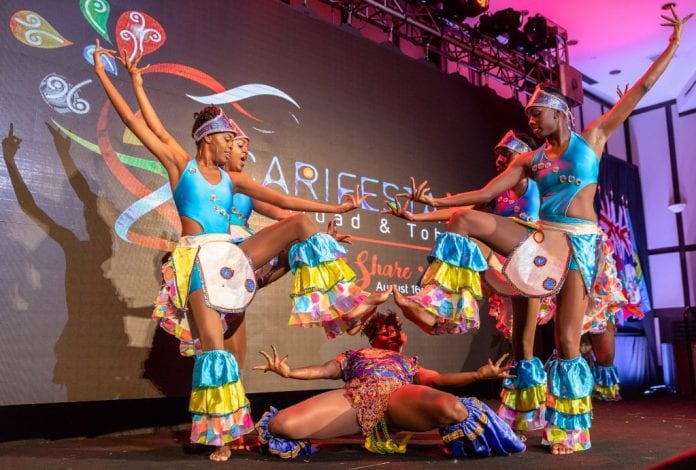 PORT OF SPAIN, Trinidad, CMC – The 14th edition of the Caribbean Festival of Arts (CARIFESTA) ended in Trinidad on Sunday night with the country’s Culture Minister Dr Nyan Gadsby-Dolly, saying there had been significant achievements during the 11-day event.

She said the Festival, which attracted participants from several Caribbean countries, as well as Canada, had achieved the mission “to take our Caribbean film, dance, music, theatre, vision arts, food and fashion and to meticulously devise an impactful master plan to present these offerings to the people of the region and diaspora with a world-class finish”.

As had been the situation at the opening ceremony, the closure allowed for the exposure of Caribbean talent in song, dance, visual arts, and Antigua and Barbuda, which will host the next staging of the Festival in two years’ time, said that the standard had been raised significantly.

The island’s Minister of Culture, National Festivals and the Arts, Daryll Matthew, said I believe I speak for all delegations represented here in saying that CARIFESTA XIV was a true success story. It raised the bar to what was previously considered unattainable heights for CARIFESTA,” he said.

“You have set a new standard and this has given us yet another reason to be proud to say we are from the Caribbean,” Mathew said.

Antigua and Barbuda will become the first country to use the permanent CARIFESTA logo which was unveiled at the closing ceremony at the Queen’s Park Savannah in the capital.

The Caribbean Community (CARICOM) Assistant Secretary-General, Dr. Douglas Slater, said that CARIFESTA was “another exciting experience and a platform for regional integration”.

He said the presence in Trinidad and Tobago of at least 10culture ministers from the region.

“This is a record number in terms of attendance in recent CARIFESTAs and it is an excellent sign of the commitment of or governments to further developing CARIFESTA, culture and the arts in our region”.

Slater said the organization of the 11-day event was “no easy task no matter how many times it has been hosted before” and praised all the organizing committees, performers, artists and other stakeholders, for their contribution.

“Every edition of this festival brings new experiences and challenges, but also opportunities to learn and improve the festival,” he said.

Trinidad and Tobago’s Acting Prime Minister Colm Imbert said he was also pleased with the tremendous financial and other contributions made by the private sector towards the success of CARIFESTA.

“This CAIFESTA XIV was a resounding success, it was incident-free, highest quality, well attended. It was a safe place for your family,” he said noting that Port of Spain intends to build upon the festival “into tangible actions affecting our national policies for the creative arts.

“We will use what we have learned here to revitalize our rural and urban communities with cultural showcases and unique community-oriented festivals,” Imbert said.

Suriname and Netherlands Improving Trade and Other Relationship