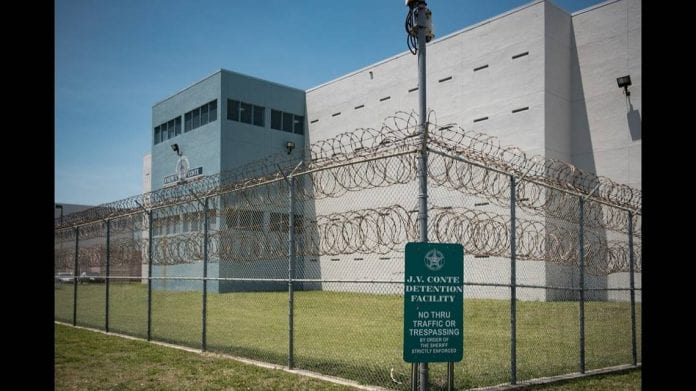 Jails are well-known hotbeds of contagion due to the close quarters and the multiple metal surfaces where the virus has been known to live for up to two to three days. The CDC has instilled in all of us that we need to maintain six feet of distance from the next person. It’s impossible to do that in the jail setting when it is full. Continuing to have the jail at capacity places incarcerated people at risk, and also places staff and correctional officers at unnecessary risk. They leave the jails daily to return to their families in the community. If they are infected, we are doing nothing to stop the spread of the coronavirus. Symptoms may take as long as two weeks to manifest, leaving people to unwittingly spread the virus to others.

Several cities, including New York, Los Angeles, and Oklahoma, have taken the lead on containing the virus by releasing people. There has been some discussion of release on the federal level as well. New York learned a painful lesson. On March 18, the notorious New York jail Rikers Island reported two positive cases of coronavirus; by March 24 it skyrocketed to 52 inmates and 30 guards testing positive for coronavirus.

Elected prosecutors around the country have raised their voices in concern that the criminal justice system is not moving swiftly enough to ensure the safety of the people incarcerated as well as the staff who interact with them. Activist groups such as the Dream Defenders, and human rights organizations like the Advancement Project have made clear demands and joined in a lawsuit on behalf of people affected by this crisis behind bars.

It’s time for elected officials to be held accountable for the safety of the residents of South Florida. Desperate times call for desperate measures. The coronavirus is unprecedented in our lifetime. They need to act accordingly and stop delaying—lives hang in the balance.

Melba Pearson is an African American candidate for Miami-Dade State Attorney. She is a civil rights attorney,  former homicide prosecutor in Miami, and first-generation American from Jamaican/Trinidadian ancestry. Follow her on Twitter @MelbaForMiami.