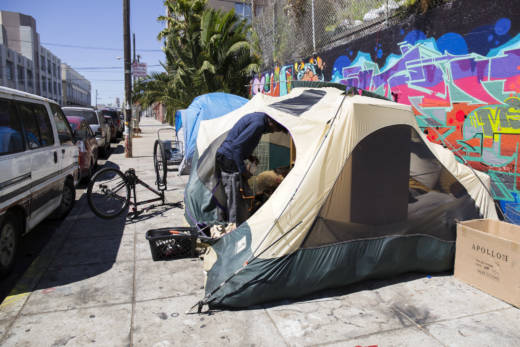 FLORIDA – One of the most unwelcome sights of any society is the plight of the homeless, especially seeing men, women and children wandering the streets, sleeping under bridges, in plazas, on sidewalks and park benches. Unfortunately, homelessness is a scourge that afflicts several American cities including some in South Florida and is a problem proving very difficult to solve.

While the general community is aware of the homeless issue, it’s arguable whether the Caribbean-American community is sufficiently aware or concerned that its members are included in the thousands who have nowhere to live.

Recently, CNW learned that occupants of several local homeless shelters provided by organizations like the Salvation Army and Camillus Home in Miami-Dade include Caribbean-Americans. Some of these unfortunate individuals were made homeless by a variety of reasons, of which the more prevalent was their inability to earn sufficient income to acquire or retain residential shelter. The homeless include people who once lived in upscale residences but through unemployment or financial failings are forced to live on the street.

One of the more poignant accounts is of a 23-year old woman, whose parents died while she was studying at a California college. Graduating and returning to South Florida, without relatives and unable to get a job, she was evicted from the home she lived with her parents for some 12 years. She was invited to live with a friend, but wore out her welcome and was asked to leave. She lived alternately in her car and a homeless shelter for two weeks before landing a job and, thankfully, being able to afford renting again.

Such stories are not uncommon. There have been several other accounts of individuals and entire families living in their cars in parking lots, and using restrooms in restaurants and public buildings to maintain some semblance of hygiene.

Homelessness tends to have several adverse effects on those affected. It’s a source of health problems, including mental illness and is a serious safety issue—as several homeless people have been the target of beatings, robbery and rape. As a means of escape, some young men have been forced into joining criminal gangs and some women forced into prostitution. Homelessness also carries a very powerful stigma, which results in society seriously marginalizing the homeless.

Unfortunately, while the current noisy political campaigns address myriad issues, one hardly hears political candidates pushing a platform to directly address the problem of homelessness, and the plight of the homeless.

Granted, altruistic organizations in the Caribbean-American community, along with some churches, groups and residents, reach out to the homeless periodically with meals and clothing, but this isn’t a structured organizational system. This is a community problem that requires more than food drives, or free meals at Thanksgiving, Christmas and Easter. We need to develop and support more formidable organizations to deal specifically with homelessness.

Therefore, we’re appealing to altruistic-minded people within the Caribbean-American community to lead in developing organizational support to pragmatically assist those in the community who are threatened with homelessness, including providing safety nets to help those who have actually lost the resources to maintain a home. This is a problem the community cannot allow to escalate.

It’s an unfortunate truism that most people are one paycheck away from being homeless. The loss of a paycheck, and the inability to earn another soon, can easily force families from their homes to live in their cars, or wander the streets—in the heat, cold, rain, or hurricane—seeking shelter. Remember, homelessness doesn’t respect anyone.