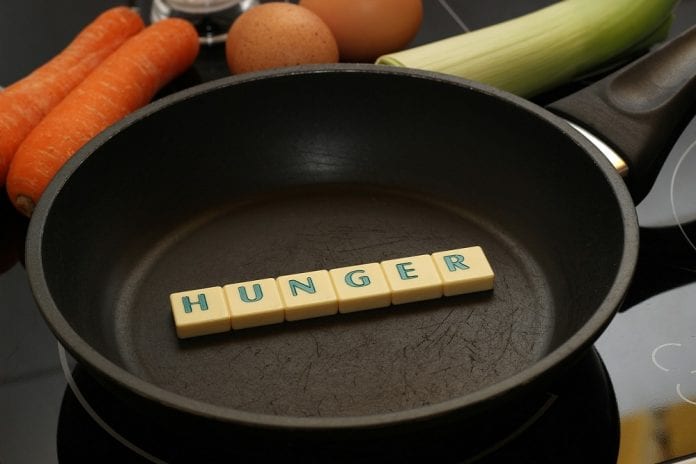 MIAMI, Florida – And just like that, the Christmas celebrations are over…and it’s back to reality.

One of the realities facing our community is hunger among many poorer families. A most wrenching scene witnessed during the recent Christmas/holiday shopping spree was that of a young mother with two young children begging at a major Southwest Miami shopping mall. They were not begging for a chance to visit Santa Claus at the mall, rather, they were seeking money to buy food. Happily, many shoppers extended assistance to the family, but this shouldn’t be happening in America. No one should be allowed to go hungry.

But, unfortunately, food insecurity is a major problem in this country. Recently, the United States Department of Agriculture (USDA) reported that in 2018, 11.1 percent of American households were food insecure sometime during that year. The majority of these households, unfortunately, included at least one child. Although food insecurity was significantly down from the peak of 14.9 percent in 2011, it still means some 36 million Americans are in real risk of inadequately feeding themselves.

Among the 36 million Americans threatened by food insecurity, 12.9 million are children, and over 5 million are seniors over age 50.

There are numerous reasons why Americans experience food insecurity—the main one being inadequate income to meet household expenses.

When the level of food insecurity peaked in 2011, during the Great Recession, the Obama administration responded by increasing funding so more Americans could qualify for food assistance (mostly through food stamps) under the Supplemental Nutrition Assistance Program (SNAP).

Since then, SNAP has helped millions of Americans with the sources to purchase nutritious food for children, pregnant women and families in general. Because the criteria to receive this assistance is tied to the stated federal poverty rate, it’s estimated some 27 percent of Americans although not earning sufficient income to be food secure, still earned too much to qualify for assistance under SNAP.

But, under a new rule expected to be implemented by the Trump administration in April this year, some 700,000 current SNAP recipients including some 55,000 in South Florida could lose this vital benefit, further increasing their risk of going hungry.

The new rule will require SNAP recipients age 18 to 49 without children to work at least 20 hours a week or lose their benefits. The administration says the change is intended to encourage those receiving SNAP to get jobs. But, this rule will aggravate the possibility for hunger among low-income individuals who can’t find steady weekly employment, even on a part-time basis. Of the nearly five million people receiving food stamps in 2018, about 75 percent had no jobs, according to the USDA. Some of these people cannot work because of disabilities or having to stay home as caregivers to infants or ailing family members.

Existing SNAP regulations already limit adults to three months of benefits in a three-year period unless they meet the 20 hours per week requirement. However, many states like Florida currently waive that requirement in high unemployment areas. The pending change would make these waivers harder to obtain.

While the Trump administration estimates to save some five billion dollars by cutting the SNAP benefits, it is difficult to accept a measure that has the potential for placing thousands of Americans in positions where they will be unable to feed themselves.

The argument that America is on the cusp of economic prosperity, experiencing one of its lowest unemployment rates, is a myth to millions of Americans who are earning minimum wages, or unable to find work. Despite the hype over the monthly positive economic data, some 36 million Americans are still having serious problems feeding themselves and their families.

Something is awfully wrong with this picture.

If the nation is experiencing so much economic prosperity, why does the government need to cut back on a vital social assistance program like SNAP? Why isn’t the government taking steps to raise the $5 million it estimates to save by cutting SNAP benefits, from wealthy Americans and corporations.

Strong opposition is building to the proposed changes in SNAP, especially among Democratic congressional representatives in states with high percentage of people experiencing food insecurity. It is likely these representatives will collaborate in filing a legal challenge to stay the changes.

The community is urged to support their congressional representatives to take every practical measure to prevent the changes to the SNAP program.

It is unacceptable to accept any South Florida, or American, resident going hungry during a time of economic prosperity when the federal government should be able to find the resources to maintain the program as it is.