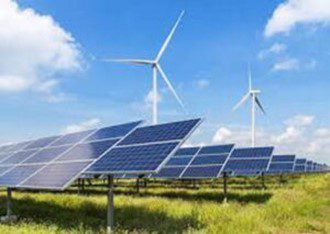 Even in the best of times, Caribbean consumers face some of the highest energy prices globally due to heavy reliance on expensive and volatile fossil fuel imports. Electricity prices in the Caribbean average around US$0.25 per kWh, more than double the average price in the United States, and in some countries reach over US$0.40 per kWh.

With the global oil prices on the rise, the already high energy prices in the Caribbean will hike even further. This will affect the Caribbean households, especially the poorest, squeezing their income even more. It will also have a significant impact on the economy of the region, as many countries in the Caribbean are already struggling with high debt levels and limited economic space. And it will continue to drive businesses and investors away.

The solution for the Caribbean, which is blessed with abundant renewable energy resources, lies in accelerating the clean energy transition: scaling up renewable energy for power generation, increasing energy efficiency, and electrifying the economies.

Energy efficiency, another way to reduce energy costs and emissions, has also not taken off in the region as could be expected, due to insufficient policies, lack of investments, and competing priorities.

Now is a good time to reassess the options available and scale up efforts on transitioning to renewable energy and improving energy efficiency.

One of the first things that could be done is to create the right enabling environment. Caribbean countries should focus on improving their clean energy policies, regulations, and incentives in order to create clear rules of the game for private sector investment. This will be key to achieving investment at scale.

Second, is the use of approaches that reduce transaction costs. Given the relatively small scale of investments in many Caribbean countries, transaction costs for private financiers can be prohibitively high. Regional collaboration will allow using standardized documentation and processes, whereas bundling of investments can help attract additional private capital to support the clean energy transition.

Third, governments should take the lead and set an example. Countries in the Caribbean could demonstrate the benefits of the clean energy transition by initiating investments in public sector energy efficiency and solar energy generation.

Such investments offer a unique win-win-win situation, providing financial relief to the public sector, decreasing dependence on fossil fuels, and reducing emissions. And there are even more “wins” as such investments can improve climate resilience by providing backup power to critical public infrastructure such as hospitals and emergency shelters, create local jobs and new markets, and set an example that can help catalyze investment by the private sector.

We are also developing new regional initiatives to scale-up private investment in renewable energy projects and support investments in energy efficiency in public facilities. Additionally, we are providing support to a number of countries in the region to update their national energy policies, introduce improvements to power system planning and build stronger capacity.

The World Bank Group stands ready to increase its support to the Caribbean to unlock the clean energy potential in the region through the development of new programs, financing mechanisms, and policy frameworks.

The current global energy crisis highlights how the clean energy transition is becoming increasingly important for the Caribbean, not only for the climate benefits but also because their national growth and prosperity depend on it.

*Lilia Burunciuc is the World Bank’s Country Director for the Caribbean countries.