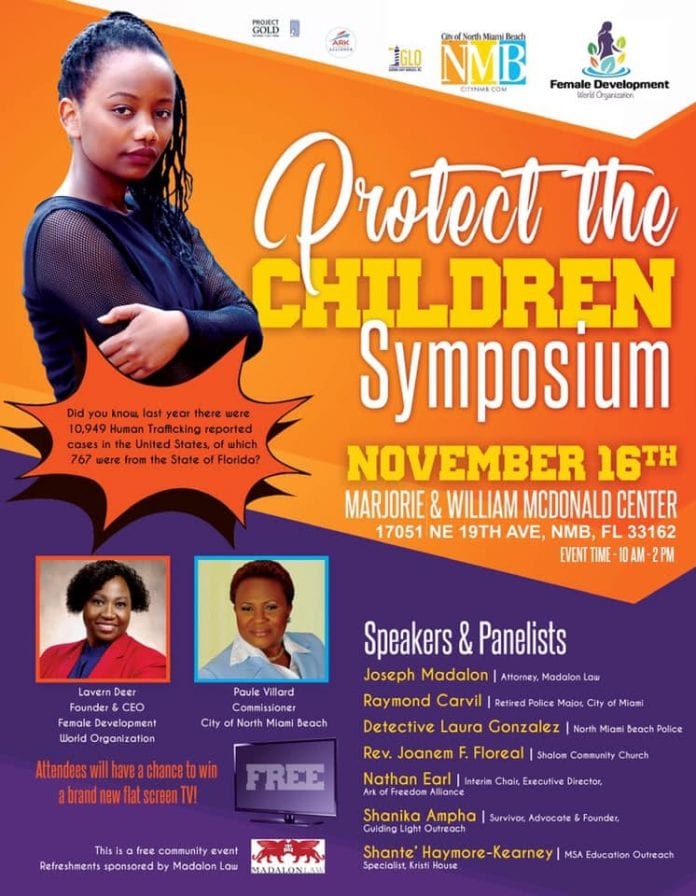 MIAMI, Florida – With human trafficking on the rise in major cities across the United States, the Female Development World Organization (FDWO), City of North Miami Beach and the Madalon Law Firm will come together to hold a “Protect The Children” symposium on human trafficking in South Florida.

The event will be held on Saturday, November 16th, from 10:00 A.M. to 1:00 P.M., at Marjorie and William McDonald Center. The event will open with a Poetry performance by Javon McLean, immediately following the panel discussion on the adverse effects of human and sex trafficking on our local community and schools.

With the Super Bowl 54 being held in Miami Gardens next year, stakeholders are concerned about a possible increase in human trafficking in Florida.

U.S. police arrested about 750 people in nationwide sex-trafficking sting operations ahead of last year’s Super Bowl, the largest sweep since operations began 13 years earlier; Some 1.5 million people in the United States are victims of trafficking, mostly for sexual exploitation. The majority are children, according to a U.S. Senate report published last year on Reuters.com.