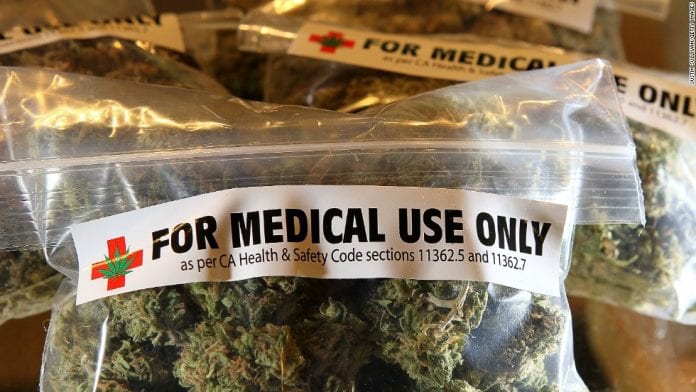 One of the more anticipated outcome of the November general elections in Florida is how voters vote on Constitutional Amendment 2 which seeks to legalize marijuana for medical purposes.

A survey released earlier this week by Florida Atlantic University (FAU) indicated 67 percent of eligible voters in Florida say they would vote in favor of the   constitutional amendment. The survey also found that 30 percent of those polled would vote against the amendment.

If the survey is correct, the amendment would be easily approved as it requires the vote of 60 percent of voters to pass.

Several other polls also showed the majority of eligible voters, Republicans, Democrats and voters without party affiliation, in favor of voting for the amendment.

This is the second time the amendment has been of Florida’s general election ballot. Appearing on the 2014 ballot the amendment was narrowly defeated as it received 58 percent of the 60 percent votes required. If approved the public will be able to purchase marijuana for medical purposed from state licensed vendors, and on prescriptions from medical practitioners