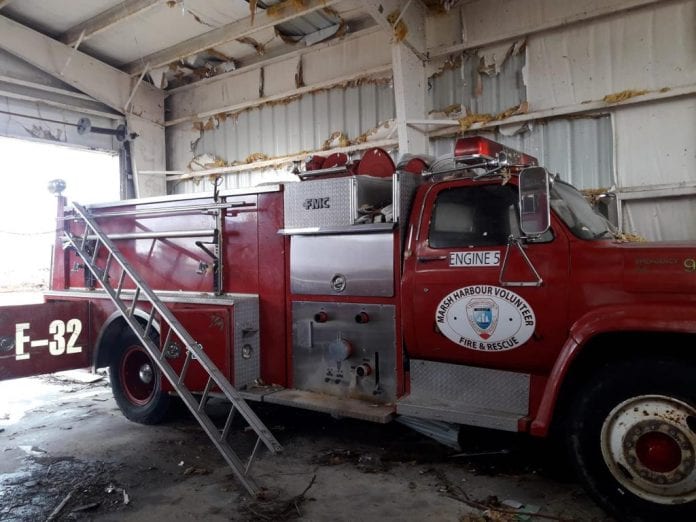 Fort Lauderdale, Florida – During extensive Hurricane Dorian Relief efforts, it was brought to the attention of Fort Lauderdale Fire Rescue (FLFR) that the Volunteer Fire Departments in the Bahamas were greatly affected by the storm’s impact and are no longer able to service their communities. FLFR immediately reached out to Fire Chief Danny Ross of Marsh Harbor Volunteer Fire Rescue to see how we could help.

Chief Ross stated that all their fire equipment had been lost in the storm and any donations would be greatly appreciated. FLFR went to work and began to inventory what was scheduled to be replaced in the coming year. Included in this long list of items was the possibility of a fire truck that was going to auction. FLFR’s Fire Chief Rhoda Mae Kerr approached City Manager Chris Lagerbloom with this idea and it was immediately approved.

The next hurdle would be how to get a 44,000 lb. fire truck to a remote island. FLFR took to social media and was quickly contacted by Alan Davies of Hydro-Dynamic Solutions. Mr. Davies has had ties with Marsh Harbor for a long time and was able to contact SEACOR Island Lines, LLC in Dania Beach who agreed to transport the truck free of charge.

On Tuesday, December 3rd at 5 p.m., the Fort Lauderdale City Commission and Fort Lauderdale Fire Rescue will have a brief ceremony in front of City Hall where the keys for this truck will be turned over to personnel from Marsh Harbor Volunteer Fire Rescue.