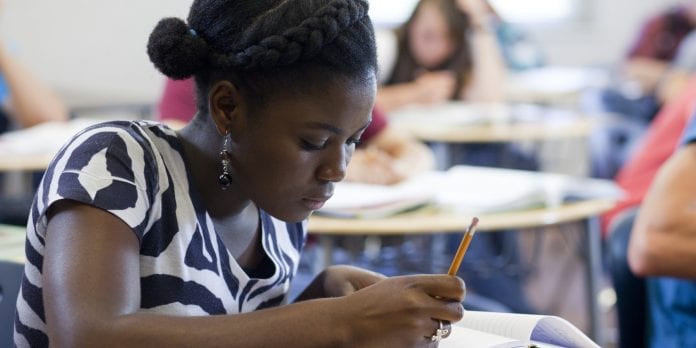 While for-profit colleges provide courses aligned to student’s academic capabilities and are especially designed for sectors of the job market, they’re also regarded by some as offering courses of declining value. Meanwhile, others regard community colleges as offering courses that only partially completes a person’s higher education.

Community Colleges are publicly owned, receiving the bulk of their operational budget through subsidies from state and local governments.

For-profit colleges are privately owned, receiving most of their financing through student aid (grants and loans) from the federal government. In addition, there’s further cost to the federal government through provision of in-school interest subsidies to some student loans, and from losses incurred from the reported significant percentage of defaulted loans originally received by some for-profit college students.

Basically, the federal government is wasting billions of dollars, a big chunk of the annual federal budget, trying to provide students who fall under the academic bar in qualifying for four-year colleges with alternative forms of higher education to enable them to advance on the job market. However, most of these students aren’t advancing sufficiently to justify the expenditure.

According to the Federal Digest of Education Statistics, only 19.5 percent of first-time, full-time students at two-year public or community colleges finish their programs within these two years. The majority graduate within three years. This rate has declined since 2000 when 23.6 percent graduated within the two-year period.

On the other hand, in 2014, the course completion and graduation rate at private-for-profit colleges was at about 63 percent completion, and has been rising since 2000.

Despite the disparity in fees for the two college systems, enrollment in for-profit colleges increased over the past 20 years. Between 1990 and 2010, enrollment at for-profits grew by 179 percent compared to 44 percent for community colleges.

But, for-profit colleges have gained dubious reputation for enrolling students primarily for financial gain from federal grants and loans, while offering weak courses, and diplomas without much value on the job market.

Critics of community colleges argue because these schools are so heavily subsidized by the government, they don’t have the same urgency to graduate students as for-profit colleges which are dependent on revenue from the student fees.

Critics of for-profit colleges claim the quality of these college courses and diplomas have depreciated because they focus on fast-forwarding graduation rates, primarily to attract increased enrollment and federal money.

To solve the conundrum, public schools need to improve the standard of education, and the related GPA of graduates.

Billions of federal funds spent to subsidize community colleges, and provide financial aid to for-profit colleges, maybe better spent improving the quality of education at high schools. This would qualify more graduates for four-year colleges reducing demand on community and for-profit colleges, reverting both to their original roles.

Higher education is too crucial to America’s future to spend billions on students who cannot apply this education to improve themselves, or the job market.

National and state educational leaders need to comprehensively evaluate the pragmatics of the educational system to ensure funds allocated to higher education will directly enhance graduation rates and employment potential at both institutions with the lowest cost to students and state.