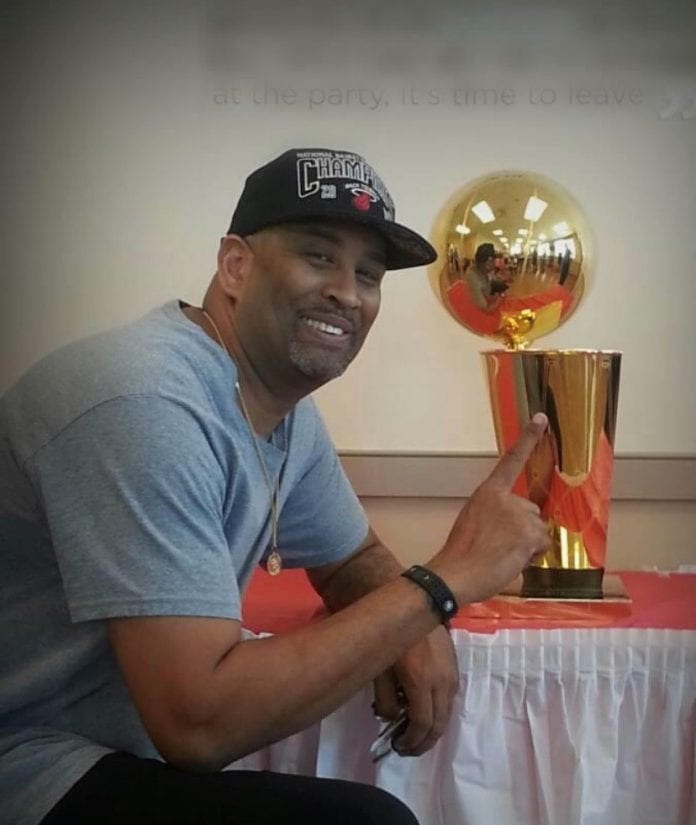 John was a former professional basketball player and was hired as the City’s first Athletic Coordinator in 2004. At the time of his passing, John served as Parks and Recreation Administrator.

City Manager Vernon Hargray stated, “Today is a sad day for the City of Miramar as we have lost an athlete and a friend. This is a stinging loss for us. Our deepest condolences go out to John’s family, friends, co-workers and the entire community. His 16-year contribution to the City of Miramar is immeasurable. He coordinated the City’s youth sports organizations, oversaw its leagues and was also a great coach and mentor. John had a warm smile that would light up any room. He will be missed tremendously.”

John embraced serving the community to the fullest and was instrumental in bringing partnerships to the City of Miramar from the NBA. Notable collaborations included ones with Shaquille O’Neal, Udonis Haslem, and the late Kobe Bryant.

John’s influence was key to bringing forth events and activities that have helped to solidify the City of Miramar as an amateur to professional sporting destination. Some examples of such activities include Alonzo Mourning’s Youth Training Camp and Zo’s Summer Groove; both held respectively at the Vernon E. Hargray Youth Enrichment Center and at the Sunset Lakes Community Center.  His contributions have also extended the City with the liberty to partner with former Miami Heat player Dwyane Wade; providing athletic shoes to Miramar’s Youth Mentoring Program to ensure that they were player ready.

John moved to Broward County from Key West when he was in high school, starred on the Dillard High basketball team from 1988 to 1990, and was All-Broward in his senior year. He went on to play college basketball, at Stetson University in DeLand and St. Cloud State University in Minnesota, before playing professionally in Malaysia and Indonesia for two years. He was known as an ardent fanatic of the Dallas Cowboys.

John worked at The Starting Place in Hollywood and Cannon Point Youth Academy in Lauderhill, and also taught at Sunrise Middle School in Fort Lauderdale and Coral Springs Charter School.

John is survived by his wife Marcia, sons Jalen, Jordyn, and Martavis as well as daughter Alisha.