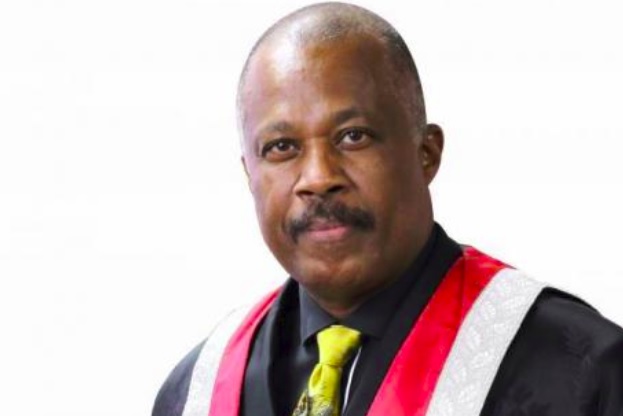 Vice Chancellor of the University of the West Indies (UWI), Professor Hilary Beckles says the United States must respect the Caribbean, and Haiti in particular.

Beckles made the statement as the fallout continues over United States President Donald Trump’s reported remarks about Haiti, El Salvador and African nations.

“The democratic, nation-building debt the American nation owes the Caribbean, and the Haitian nation in particular, that resides at its core, is not expected to be repaid but must be respected,” said Sir Hilary in a statement on the weekend.

“Any nation without a nominal notion of its own making can never comprehend the forces that fashion it origins,” adding that Haiti’s Caribbean vision “illuminated America’s way out of its colonial darkness.

“This is the debt President Trump’s America owe Toussaint L’Ouverture’s Haiti,” he said. “It’s a debt of philosophical clarity and political maturity. It’s a debt of how to rise to its best human potential. It’s a debt of exposure to higher standards. Haiti is really America’s Statue of Liberty.

“The President’s truth making troops might not know, and probably care little for the fact that Haitian people were first in this modern world to build a nation completely free of the human scourge of slavery and native genocide,” the UWI Vice Chancellor stated.

“It might be worthless in their world view that Haiti’s leadership made the Caribbean the first civilization in modernity to criminalize and constitutionally uproot such crimes against humanity and to proceed with sustainability to build a nation upon the basis of universal freedom,” he continued.

Haiti defined slavery as a crime

The UWI Vice Chancellor said Haiti, then, became the first nation in the world to enforce a provision of personal democratic freedom for all, “and did so at a time when America was deepening its slavery roots.

USA should bow to Haiti daily

“The USA, therefore, should daily bow before Haiti and thank it for the lessons it taught in how to conceptualize and create a democratic political and social order,” he said.

Sir Hilary said Haiti was and will remain “this hemisphere’s mother of modern democracy; and the Caribbean, the cradle of the first ethical civilization.

“For President Trump, therefore, to define the Caribbean’s noble heroes of human freedom, whose sacrifice empowered and enlightened his nation in its darkest days, as a site of human degradation, is beyond comprehension,” he said. “It is a brutal bashing of basic truths that are in need, not of violation, but celebration.

“Haiti, then, is mankind’s monument to its triumphant rise from the demonic descent into despair to the forging of its first democratic dispensation,” he added. “It is home to humanity’s most resilient people, who are the persistent proof of the unrelenting intent of the species to let freedom rain and reign.”

“Thankfully, many fine souls dedicated to social justice have risen to ‘write this wrong’ into the public record…..In this 2018 White House attempt to diminish Caribbean Civilization, let’s read aloud a part of William Wordsworth’s 1802 celebratory sonnet to Toussaint L’Ouverture of Haiti, the greatest democracy mind of modernity.

“’. . . though fallen thyself, never to rise again/Live and take comfort/ Thou have left behind Powers that will work for thee/Air, earth, and skies/There’s not a breathing of the common wind that will forget thee/ thou have great allies/thy friends are exultation, agonies, and love, and man’s unconquerable mind.’”

On Saturday, the Caribbean Community (CARICOM) joined the avalanche of criticisms about Trump’s reported remarks, saying it was “deeply disturbed” by the use of “derogatory and repulsive language” by the US President.