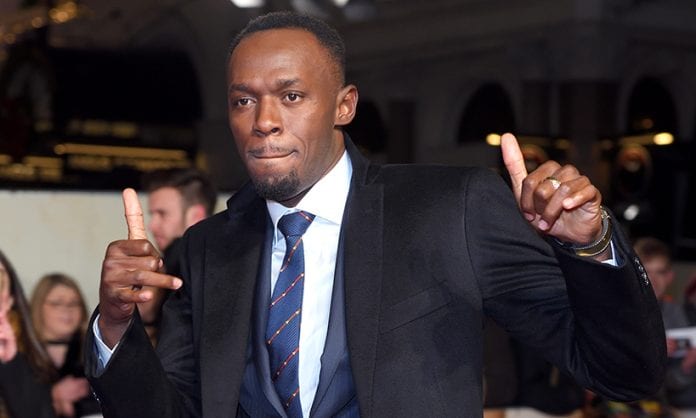 KINGSTON, Jamaica – Usain Bolt is proving that he is still, in fact, the King of Tracks, as he sets his sights on yet another business venture- this time in the music industry.

Bolt, who is a known lover of Dancehall, released a one-minute snippet on his Instagram, announcing his new dancehall rhythm which will be available on July 5. The Olympian named after his own signature sweet champagne cuvee, ‘Usain Bolt Olympe Rose’.

According to a press release, the rhythm is a tribute to Bolt’s entry into the world’s luxury alcohol space in collaboration with French alcohol beverage company Pernod Ricard, under its GH Mumm Brand. Bolt was appointed ‘Chief Entertainment Officer’ of GH Mumm in 2016 before collaborating with the alcohol beverage maker to create a cuvee that reflects his own liquor preference.

It’s no surprise that Usain has dabbled in yet again, another industry. After retiring in 2017, the 32-year-old tried his feet at professional football, joining the Australian soccer club Central Coast Mariners in August 2018. He left the team in January 2019.

His other ventures include two Usain Bolt’s Tracks and Records Restaurants in Jamaica, with a third that recently opened in the UK. Bolt Mobility, a brand of personal electric scooter was also launched in March of this year. Additionally, he has invested in in the Business Process Outsourcing (BPO) industry, with a major BPO center currently under construction in Kingston, Jamaica.