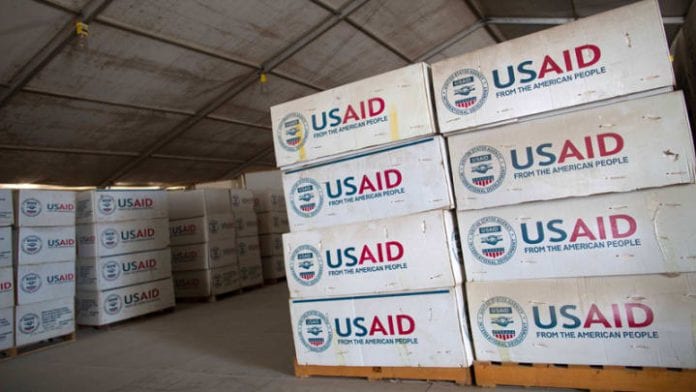 PORT AU PRINCE, Haiti – Just one week after President of Haiti Jovenel Moise asked the United States to provide humanitarian aid to the country, the US has taken the decision to honor his request.

The decision was made less than 24 hours after the meeting between the Ambassador of Haiti to Washington, Hervé Denis and Republican Congressman Steve King who told the representative of Haiti in Washington that he has already made approaches to the USAID and the State Department for the delivery of this aid as soon as possible.

In a press release, published this Friday, November 1, 2019, on the website of the United States Embassy in Haiti, the United States Agency for International Development (USAID), informed that It will soon distribute, through the United Nations World Food Program, 2,000 metric tons of food from its emergency stockpile stored in Haiti.

Emergency food stocks, according to USAID Administrator Mark Green, added to the $20 million emergency food aid for USAID’s budget year 2019, which is currently in the process of being spread across the country.

This decision, according to the administrator of the US agency, comes in response to the deterioration of food security conditions and in the light of additional information provided by the Famine Early Warning Systems Network (FEWS NET ), by the Haitian government and other local partners.

Last week Monday, Moise appeared on a radio and television programme to announce that he had made a request to the United States for aid, though he gave no details of the request made to Washington.

Prior to the request made by Moise, the United States had issued a statement saying that “the apparent lack urgency to resolve the extended political stalemate is increasingly worrisome, as is the growing negative impact on public security, the economy, and the delivery of humanitarian assistance, including food aid”.

Despite the nationwide political tension in the country that may affect the United States’ ability to properly provide aid, the US has decided to assist the government.