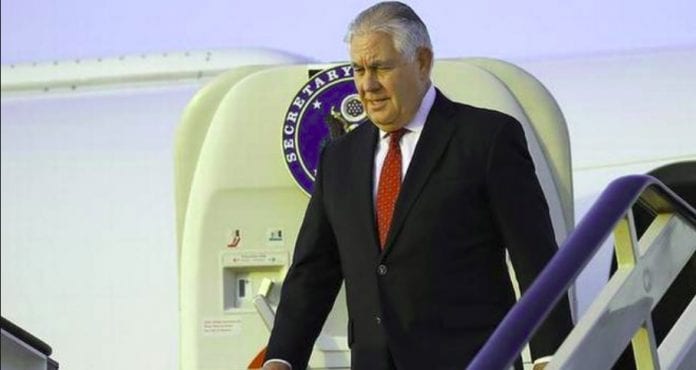 The Caribbean nation will be the final stop for Tillerson who is also scheduled to visit Austin, Texas; Mexico City, Mexico; Bariloche and Buenos Aires, Argentina; Lima, Perú as well as Bogotá, Colombia between February 1 to 7.

A news release from the US Embassy in Kingston says Tillerson will engage regional partners on several issues including advocating for regional attention to the crisis in Venezuela.

During his trip to Kingston on February 7, Tillerson will meet with Jamaican Prime Minister Andrew Holness and Minister of Foreign Affairs and Trade Kamina Johnson-Smith to discuss bilateral and regional security issues as well as Jamaica’s successful economic reform efforts.