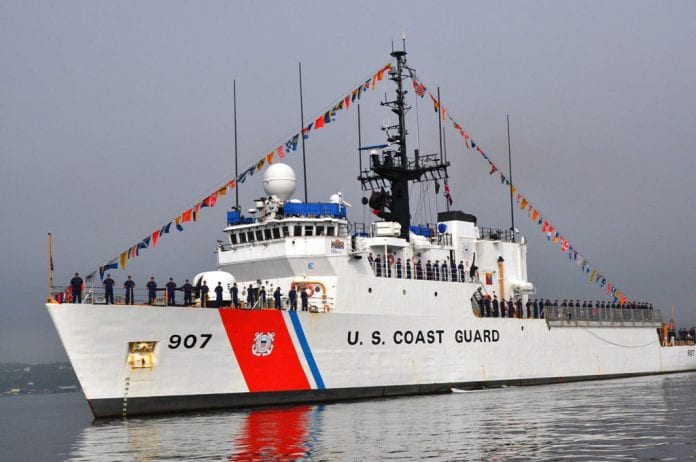 The United States Coast Guard says the crew of the Coast Guard Cutter Bernard C. Webber  offloaded over three thousand pounds of cocaine and 50 pounds of marijuana worth an estimated wholesale value of over US$47 million seized in the Caribbean Sea.

The cutter Vigilant was responsible for yet another on September 30, seizing an estimated 50 pounds of marijuana.

The US Coast Guard said numerous US agencies from the Departments of Defense, Justice and Homeland Security “cooperated in the effort to combat transnational organized crime.

“The fight against transnational organized crime networks in the Caribbean Basin requires unity of effort in all phases from detection, monitoring and interdictions, to criminal prosecutions by US Attorneys in districts across the nation,” it added.

The Coast Guard said it has increased US and allied presence in the Eastern Pacific Ocean and Caribbean Basin, “which are known drug transit zones off of Central and South America, as part of its Western Hemisphere Strategy.”