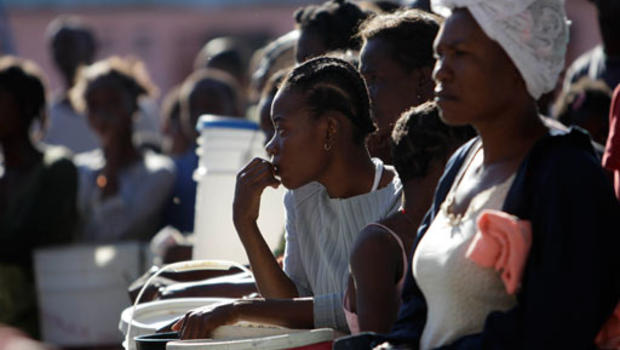 The international human rights group, Amnesty International, says United Nations has failed “miserably” in treating victims of the Cholera epidemic that was triggered by its personnel five years ago.

Amnesty said that thousands of people in the French-speaking country have been left waiting for access to effective medical treatment and compensation.

“The UN must not just wash its hands of the human suffering and pain that it has caused. Setting up general health programmes and sanitation campaigns is important but not enough.

“What is needed now is a proper investigation into the full extent of the damages caused, and a detailed plan to help those who have fallen victim to this disease and the relatives of those who have died,” said Erika Guevara Rosas, Americas Director at Amnesty International.

“Failing to take action will only undermine the UN’s credibility and responsibility as a promoter of human rights across the world,” she added.

More than 9,000 people died of cholera between October 2010 and August 2015 and hundreds of thousands more have been affected. Most victims come from poor and marginalized sectors of society. All attempts by victims to obtain truth, justice and remedy have been denied so far.

Amnesty International said several scientific reports have identified infected UN personnel from Nepal as the vehicle of the disease in Haiti, which broke out in the aftermath of the earthquake that devastated the country in 2010.

It said UN negligence in maintaining its sanitation facilities and waste disposal have also been shown to have majorly contributed to the outbreak.

Amnesty International said it has recently written to UN Secretary General Ban Ki-moon urging him to independently assess the claims of those affected and take further steps to tackle the outbreak and provide reparations.