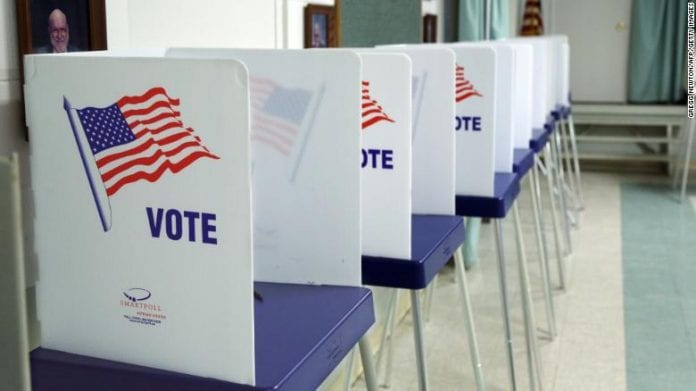 A divided U.S. Supreme Court on Thursday upheld an appellate court’s decision to temporarily block hundreds of thousands of Florida felons from voting, making it unlikely that they will be allowed to cast a ballot in the state’s primary next month — and possibly in November’s crucial presidential election.

The high court’s order came just four days before Monday’s deadline to register for the August primary, when voters will choose candidates for Congress, the state Legislature and local races.

The ruling lets stand a stay issued by the Atlanta-based 11th Circuit Court of Appeals, which is reviewing a ruling by a Tallahassee federal district court judge that ordered the state to give felons access to the ballot box under a voter-approved initiative known as Amendment 4.

As is usually customary, the Supreme Court did not explain its reasoning for denying a request from voting rights advocates to lift the stay.

Writing for the dissenters, Sotomayor said the order “allows the Court of Appeals for the Eleventh Circuit to disrupt Florida’s election process just days before the July 20 voter-registration deadline for the August primary.”

She noted that a preliminary injunction had been in place for nearly a year and that a federal district court judge had found Florida’s “pay-to-vote scheme” unconstitutional after an eight-day trial in Tallahassee.

In his ruling in May, District Court Judge Robert Hinkle ordered the state to allow most Florida felons to vote, regardless of any outstanding legal debts. Amendment 4 permanently bars convicted murderers and rapists from voting, regardless of financial debts.

Hinkle’s ruling said state elections officials couldn’t possibly review the hundreds of thousands of voter registration applications that could arrive ahead of the state’s August primary and the November presidential vote. During earlier court proceedings, he called it an “administrative nightmare.”

DeSantis appealed Hinkle’s ruling, and the 11th U.S. Circuit Court of Appeals in its entirety agreed to hear the governor’s appeal and to stay the lower court ruling.

Florida officials had argued that “all Floridians will be irreparably harmed if the district court’s patently erroneous injunction is reinstated, enabling hundreds of thousands of ineligible voters to take part in the upcoming elections, one of which is only a month away.”

The case could have broad implications in a state that is expected to play a pivotal role in the presidential race. An estimated 774,000 disenfranchised felons represent a significant bloc of voters, should they be allowed to cast ballots.

“This is only a stay while the state’s appeal is ongoing. It’s disappointing because many people won’t be able to vote in the primary next month, but we’re still hopeful that they will be able to do so in November,” said Julie Ebenstein, an attorney for the American Civil Liberties Union, which is among the groups representing felons seeking to regain their right to vote.

In 2018, Florida voters overwhelmingly approved Amendment 4, which returned voting rights to most Florida felons who had completed their sentences. But it quickly became unclear who could actually vote after DeSantis signed a Republican-backed bill last year stipulating that, in addition to serving their time, felons would have to pay all unpaid fines and restitution before being eligible to vote.

Voter rights advocates immediately sued the governor and the state.