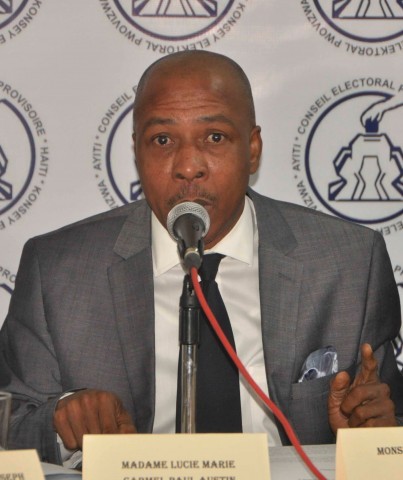 Two members of Haiti’s Provisional Electoral Council (CEP), have submitted their resignations of President Michel Martelly as demonstrators continue to protest the electoral process in the French speaking Caribbean country.

On Friday, council member Jacceus Joseph submitted his letter stating that because of his “deep convictions” he could not be an “accomplice of elections stained by a deficit in credibility, which will necessarily generate political instability, as well as illegitimate political leaders.”

The other resignation came from Pierre Manigat Jr., the CEP’s vice president and press representative, who said his decision was based on prior commitments made with the association of Haitian journalists (AJH), which urged him to resign because of the “disasters the elections could generate” if maintained.

Two other CEP officials had already quit since the beginning of the electoral campaign: Néhémie Joseph, shortly after the presidential elections’ first round, saying he was not confident he could fulfill his mission in accordance with his convictions.

Also resigning was Yolette Mengual, after her appointment as the CEP’s women representative was strongly questioned by human rights groups and opposition sectors.

Haitians were scheduled to elect soon a new president on Sunday as outgoing President Michel Martelly is constitutionally due to leave office on February 7.