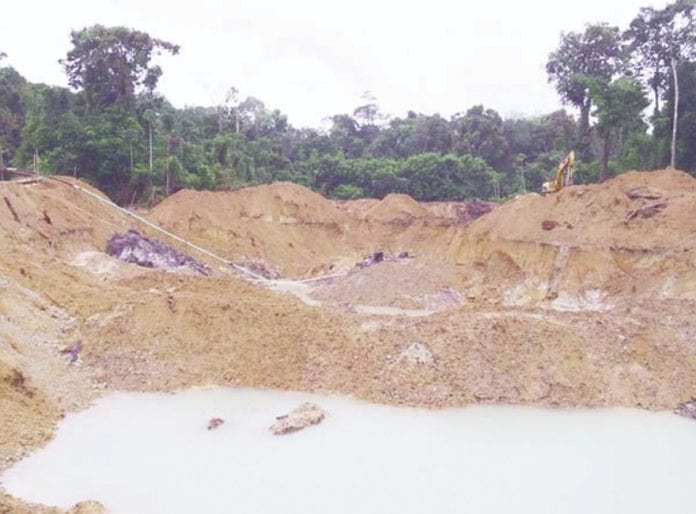 Two miners were killed after a pit collapsed on four people in the Konawaruk Potaro area of Guyana on Monday night, police have confirmed.

They said that the bodies of Deon Sproston 36, and another identified only as Sean, had been recovered from the Mowasi Backdam that collapsed during heavy rains in the area.

Media reports indicated that the two men and the others were working the walls of the pit with metal detectors searching for gold when a large portion of the pit wall suddenly broke off and fell on them, covering them alive.

The other workers, who managed to escape unhurt, quickly sounded an alarm and with the aid of others, began to dig for the men. But when the men eventually located two hours later, they were rushed to the Mahdia District Hospital where they were pronounced dead on arrival.

These latest deaths have brought the death rate to seven for this year.

The Guyana Police Force and the Guyana Geology and Mines Commission said they have launched an investigation into the incident.