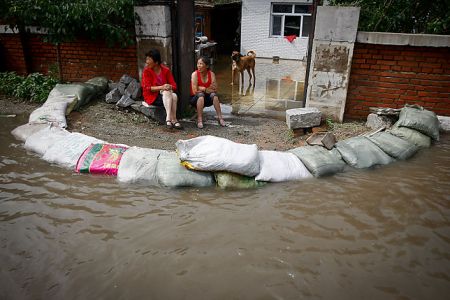 Trinidad and Tobago was  spared the full brunt of Tropical Storm Bret – the first named weather system of the 2017 Atlantic hurricane season that made its way through the twin-island republic late Monday night into Tuesday.

The Office of Disaster Preparedness and Management (ODPM) said there were no reports of injuries but several properties, mainly in the eastern and northern section of Trinidad, as well as in Tobago, had been affected by the storm.

“We have no reports of injuries,” said the head of the ODPM, Captain Neville Wint, confirming that at least 27 patients at the St. Ann’s Hospital on the outskirts of the capital Port of Spain had to be evacuated to another part of the building after the roof was blown away.

The ODPM also reported that trees and roofs were blown away by the storm.

In Tobago, a family was rescued by disaster preparedness officials after a tree fell on their home.

Meanwhile, commercial flights are expected to resume Tuesday after both the Piarco International Airport in Trinidad and the ANR Robinson Airport in Tobago re-opened.

The National Hurricane Center (NHC) in Miami, its 8.00 am bulletin, said the storm was located near latitude 11.1 North, longitude 63.6 West.

“Bret is moving toward the west-northwest near 21 mph and this general motion is expected to continue through today.  On the forecast track, the center of the tropical storm will continue to move across the southeastern Caribbean Sea today,” the NHC said.

It reported that the maximum sustained winds are near 45 mph with higher gusts.

“Little change in strength is forecast today, and a weakening trend is expected to begin later today and Bret is forecast to become a tropical depression on Wednesday.”