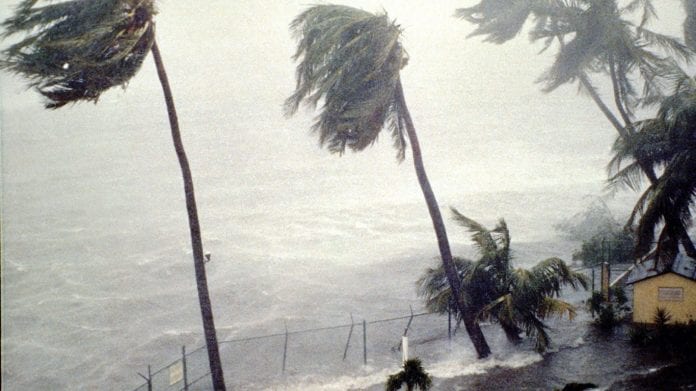 BRIDGETOWN, Barbados, CMC – A Tropical Storm Watch is now in effect for several islands in the Eastern Caribbean as Tropical Storm Dorian continues to trek towards the chain of islands.

The Miami based National Hurricane Centre said Tropical Storm warnings have been issued in St. Lucia, Barbados, St. Vincent and the Grenadines, Trinidad and Tobago, Grenada and Martinique.

A Tropical Storm Warning means that tropical storm conditions are expected somewhere within the warning area within 36 hours.

According to forecasters, additional watches or warnings could be issued late Sunday for portions of the Windward and Leeward Islands.

Elsewhere, interests in Puerto Rico, the Virgin Islands, and Hispaniola have been advised to monitor the progress of Dorian.

On Sunday afternoon, the center of Tropical Storm Dorian was located near latitude 11.5 North, longitude 54.2 West.

On the forecast track, the center of Dorian is expected to be near the Windward Islands late Monday or early Tuesday and move into the eastern Caribbean Sea on Tuesday.

Maximum sustained winds have increased to near 50 mph (85 km/h) with higher gusts.

Additional strengthening is expected during the next few days, and Dorian could be near hurricane strength by Tuesday over the eastern Caribbean Sea.

Tropical-storm-force winds extend outward up to 35 miles (55 km) from the center.

Dorian is expected to produce total rain accumulations of 2 to 4 inches in portions of the Lesser Antilles, with possible isolated maximum amounts of 6 inches.