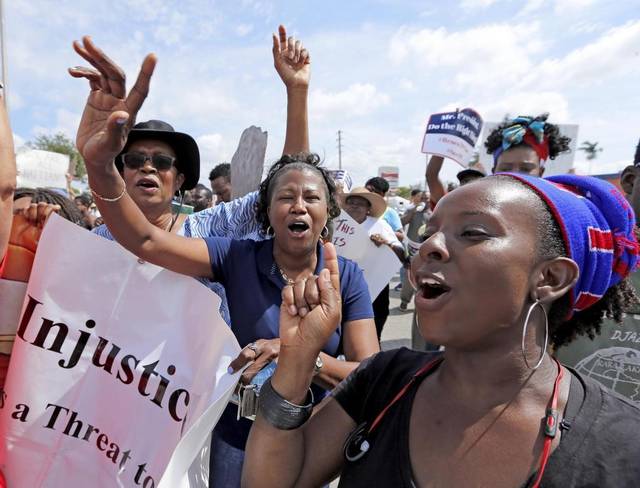 Washington, DC – On Thursday, Temporary Protected Status (TPS) holders and Deferred Action for Childhood Arrivals (DACA) recipients walked the halls of Congress to lobby members to create a clean, permanent legislative stand-alone solution that would protect them from deportation.

In light of Trump’s government shutdown, the group also reminded members of Congress what’s at stake if Trump gets billions for his wall: more detentions, more deportations, and more deaths.

Over 1 million living in uncertainty

In 2017, the Trump administration ended DACA for over 800,000 young people who had been living and thriving in the U.S. Throughout 2018, the administration also terminated TPS for hundreds of thousands of immigrants and their 273,000 U.S. citizen children. As a result of Trump’s terminations of TPS and DACA, there are over 1 million immigrants living in uncertainty.

The 116th Congress has a mandate from voters to protect TPS holders and DACA recipients from possible forced deportation, and to reject Trump’s demands that would separate families and further militarize border communities.

Randy Palacios, DACA recipient and family of TPS holders said, “I live in a family that is protected from deportation and separation by DACA and TPS. The uncertainty surrounding both programs is devastating to us. While Trump’s shutdown continues, and Congress debates whether to fund Trump’s wall and give billions more to ICE and CBP, they must remember what we told them today: No deal must come at the cost of attacks on any of our communities.”

Sanaa Abar, Advocacy Director at United We Dream said, “Today, we saw firsthand the victories of our people in the halls of Congress as new champions were sworn in. We call on all members of Congress, old and new, to stand up to Trump’s hateful anti-immigrant policies by demanding a clean, permanent legislative solution for immigrant youth and TPS holders, and to stop fueling billions to the deportation force that hurt and kill our people.”