Bermudians will go to the polls on Thursday for the second time in just over three years after Premier David Burt called a snap general election that has been enlivened by the last-minute arrival of a new, third party in this British Overseas Territory.

When Burt, leader of the ruling Progressive Labour Party (PLP), announced the election six weeks ago, he would have expected to face only the main opposition One Bermuda Alliance (OBA), a party that has struggled in opposition after its one term in office ended in crushing defeat in July 2017.

Out of the blue, Marc Bean, a former PLP leader, announced his return to the political fray with the formation of the Free Democratic Movement (FDM) and unveiled a list of 15 candidates — subsequently reduced to 14 when one of the party’s founding members, Kae Thomas Palacio, announced her resignation.

The election call appeared to catch the OBA on the hop and it scrambled to nominate candidates in just 31 of the 36 seats in the House of Assembly after three of its stalwarts — Trevor Moniz, former leader Jeanne Atherden and Sylvan Richards — stepped down.

Patricia Gordon-Pamplin also appeared to signal her political retirement when she announced she would not be running in her safe seat of Paget West, handing the baton to Jarion Richardson, who had represented the party in the Senate, but then sprang a surprise on nomination day by announcing her candidacy in Devonshire East, where she will take on PLP backbencher Christopher Famous, who defeated former Finance Minister Bob Richards in 2017.

A handful of independents — including two in one constituency — have also thrown their hats in the ring, but no independent has been successful since environmentalist Stuart Hayward, the son of renowned blind pianist Lance Hayward, won a seat in Pembroke 30 years ago.

The failure of the OBA and FDM to field full slates has gifted the PLP three uncontested seats, two of them held by cabinet ministers. Only one PLP MP, former cabinet minister Michael Scott, retired, while one backbencher, Rolfe Commissiong, who admitted making a “mistake”, pulled out to avoid causing further embarrassment to the party.

Burt has been widely praised for his handling of the coronavirus pandemic — there have been nine deaths among 181 confirmed cases so far in this majority-black island with a population of around 64,000 — but the now-battered economy was already struggling before the arrival of COVID-19 and the national debt is edging towards a record-high US$3 billion and expected to climb to $3.5 billion.

Two major building projects — a new airport terminal and a St Regis hotel, both at the East End — were started under the OBA watch after it narrowly defeated the PLP, which had first gained power in 1998, in 2012. The delayed opening of the terminal is set for later in the year while the hotel is due to open in 2021.

Burt has come under fire in the past week after the Royal Gazette newspaper revealed he had approved an $800,000 government loan two years ago to an American music promoter, Anthony Blakey, who had proposed setting up a recording studio in Dockyard.

Burt has apologised for overseeing the loan to Blakey and Danilee Trott, a Bermudian event planner. The money has not been paid back. But Burt emphasised that civil servants authorised the release of the taxpayer funds after they had carried out background checks.

Bean, the owner of a Hamilton betting shop and whose Bahamian wife Simone practises as a lawyer in Bermuda, came to the fore after the PLP election defeat eight years ago, becoming Opposition Leader after former Premier Paula Cox not only saw her party cede power but she also lost her seat in the House.

A stroke in 2016 forced Bean to resign — the post going to Burt, who became Bermuda’s youngest ever premier when he led the PLP to victory aged 38 three years ago.

But now Bean, 46, is back and firing on all cylinders.

Whether facing two opposition parties will affect the PLP’s hold on power remains to be seen, but it seems highly unlikely given the result of a recent opinion poll carried by the Gazette which showed 50 per cent of voters favoured the PLP, 17 per cent the OBA and eight per cent the FDM.

Even though one in four voters had yet to make up their minds, it clearly backed Burt’s decision to call an early election and seek a new five-year mandate.

Burt, who has been accused of running a presidential-style campaign, has already ruled out a coalition with either opposition party.

Despite holding a commanding 14-seat majority in the House when he announced the poll in late August, Burt warned of hard times ahead and said he “found it prudent to call a general election that would allow the government chosen by the people to focus squarely on our economic recovery and make tough choices,” adding: “I chose to get on with it.”

But Bean said Burt’s decision to call an election during a pandemic was “selfish”.

The three leaders pushed messages of unity and building a better future in a pre-election forum on Monday night but they stopped short of going head-to-head in debate.

Burt cited plans to create a national digital bank, open up competition in the banking sector and a green energy revolution from the PLP platform — but it was blasted by OBA leader Craig Cannonier as “smoke and mirrors”.

Burt, who also holds the Tourism portfolio, said 2023 was a “realistic” target for recovery from the COVID-19 pandemic, with the potential revival of tourism accelerating next year with the return of cruise ships, which have been absent since March.

He said the PLP would stimulate recovery with capital projects in the meantime, which would not be driven by borrowing.

He said his new party came about when Burt opted to “subject Bermuda to the electoral process right in the middle of a pandemic”.

He said the rationale for the decision had been based on “selfishness”, prompting Bean to bring the FDM as an “alternate to the current status quo”.

“I know that people are not pleased with either party, and so it was an opportune time.”

He listed education as “the centrepiece of our direction”, with an emphasis on “human capital development” and power taken from the government and placed in school boards, teachers and parents.

Bean said his role as a former leader of the PLP had swept away the chance for the established parties to use “racial and identity politics” as a divider in the election.

Cannonier, 57, a former OBA premier, said: “I believe that there’s a misunderstanding that the One Bermuda Alliance is led by wealthy whites or blacks who are turncoats and the likes.”

“The One Bermuda Alliance is truly about how we bring different facets of Bermuda together to bring about a better Bermuda because when we come together, that’s when you get the best results.”

He acknowledged that the OBA was elected in 2012 under “the mandate of fixing the economy”, but had fallen short of “the reform of things like education and social issues”.

“What we did not do was bring to Bermuda the reform that was needed,” he said, claiming that the party could attract investment to reignite the economy if successful in the election.

Cannonier said the party fuelled the island’s economic recovery during its last time in office and could do it again.

“The one key factor between the OBA and the Progressive Labour Party is confidence. You are not going to get investment, direct investment into Bermuda unless there is confidence in Bermuda.

“Confidence is at its lowest that we have ever seen it. Investment is not coming in because they are not confident in who we are.

“The OBA showed that, once again coming out of a recession where confidence was low, it was able to get those willing to invest in Bermuda to come to our shores.” 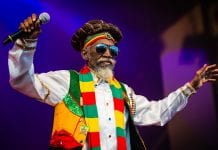