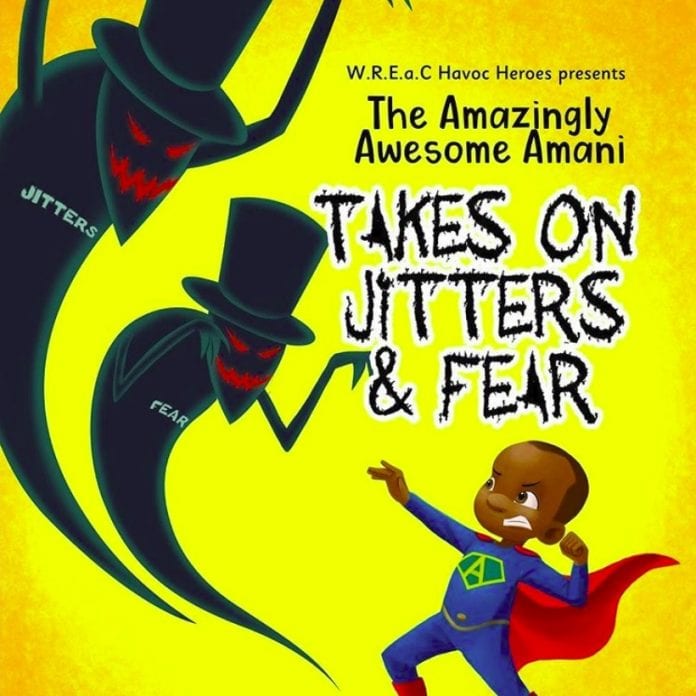 During a Kids Week event at the Intrepid Museum in Manhattan, a nattily-dressed 12-year-old boy with a bowtie walked up to a parent, reached his out his hand, and introduced himself. The young man is named Trey Amani Samuels, and he’s the inspiration for “The Amazingly Awesome Amani,” a children’s book about a boy conquering life’s challenges while living with autism spectrum disorder.

What Amani did at the Museum was not typical for a child with the disorder. Some of the most prominent signs of autism include not making eye contact, avoiding physical touch, and not responding to hearing one’s name called. Trey Amani greets guests at his parents’ book readings to demonstrate the benefits of early intervention.

His mother Tracy Ann is originally from St. Elizabeth parish. His father Jamiyl’s family hails from St. Ann’s. After receiving their son’s diagnosis when he was 5, the Samuels’ decided to take a different approach to advocacy: they wrote a book about the disorder for children of color.

With the release of their second book, “The Amazingly Awesome Amani Takes On JITTERS & FEAR,” on World Autism Day, the Samuels hope that more Caribbean- and African-American families will recognize the signs of childhood mental disorders and seek intervention sooner.

“At the time that I was pregnant with Trey, I was a transplant social worker. I just knew that Trey was going to be a surgeon,” recalled Tracy Ann. “I had to mourn that vision in order for me to become an advocate. I realize that God gave us the ability to go out and advocate and do more than we would have ever been doing. We would never have written children’s books if it wasn’t for Trey. If it wasn’t for Amani, our careers would have taken a different approach.”

While the rate of diagnosis is consistent across all racial groups (1 in 59 children), a University of Pennsylvania study found that African-American children were more than 5 times more likely to receive a delayed diagnosis of autism. In many cases, children are diagnosed with other conduct disorders before autism is considered. This delay leads to longer and more intensive treatments for children of color.

For many parents of Black and Latino children, intervention is stalled by stigma associated with the disorder. Parents tend to feel shame, guilt and embarrassment over having a child that’s not typical.

An Educated Parent is an Empowered Parent

Vickki Ann Samuel M.D., [no relation to the Samuels’] suggests that a gentle bedside manner and proper education is a major factor in overcoming resistance from parents who may be in denial. Dr. Samuel treats patients at Reflections of Mental Health in Miami Gardens.

“I ask the specific questions that I know the illness presents with, and I draw out the ways that their child may have the same mental delays. It kind of gives parents the ‘aha’ moment even if the parent doesn’t say I agree in that very session,” said Dr. Samuel. “It’s educating them, showing them how it’s beneficial for the child, and providing a support system.”

Dr. Samuel advises parents to seek a professional opinion first before turning to the Internet for a diagnosis:

“A lot of patients go to the Internet before they come to see you,” said Dr. Samuel. “When they arrive, they’ve already read the negative and as a practitioner, it’s important to be knowledgeable about both sides and say ‘yes, I understand that this person said that, but this is for you. And this is what is in your best interests.”

Teaching Tolerance and Awareness to Children of Color

After having their second daughter Aja, now 7, the Samuels’ wrote their first Amani book as a way to educate others about life as a child growing up with autism.

“I know other parents were going through what we’re going through, telling their kids that they’re special. And that’s how the Amani series came about. Amani was a way for us to show Aja what life is like for a child on the spectrum,” said Tracy Ann. “They want to be awesome too, they want to have friends, too, they’re amazing, and they’re great despite their disability.”

For Jamiyl, one of the most frustrating experiences as a parent came when he witnessed his son being bullied at school.

“I was a quiet child, so I thought he was just being quiet like me and slow to speak,” said Jamiyl. “I went to observe Amani at school one day, he was at the lunch table and they were taking his food. He didn’t know how to tell them to stop. He was pulling his bag away, but he couldn’t verbalize to tell them that it was wrong. I had to step in.”

The first book in the Amani series reinforces positive self-esteem and helps to explore positive themes in self-confidence. The second book about jitters and fears helps all kids to address the anxiety of attending a new school and making new friends.

More resources available today than ever before

While the Samuels continue to show that intervention and positive support systems do exist for black and brown children, their hope is that more families from African- and Caribbean-American communities will seek out support.

“We’re meeting a lot of people who just need to let it out. They need to heal, they need to talk about it. Our people do not talk about autism. They don’t want to hear it and they run from it,” said Tracy Ann. “You would think our people would be gravitating toward it. Instead, we’re seeing mostly white women who are teachers to our boys telling us that they don’t have any resources to show our kids that somebody like them has autism.”

Tracy Ann stresses that the sooner a child receives a diagnosis, the sooner they’ll be on the mend to living more productively as an adult.

“It’s important for us to go out there and bring awareness. Our people need to know that there are private schools that our kids could attend,” she added.

With greater awareness comes better educated and empowered families who become advocates not just for their own households, but entire communities. The Awesomely Amazing Amani series is available on Amazon, at Barnes & Noble, Mascot Books, and the Samuels’ own Web site.