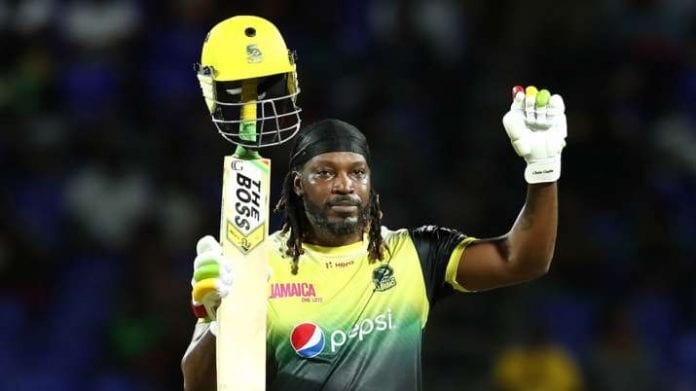 KINGSTON, Jamaica – The Jamaica Tallawahs Caribbean Premier League (CPL) franchise on Wednesday insisted that the decision to drop Chris Gayle ahead of the 2020 season was just “business and cricketing reasoning”, contrary to what the T20 specialist has alleged.

Responding to a series of YouTube videos in which the Jamaican accused assistant coach Ramnaresh Sarwan of having a big part to play in the Tallawahs releasing him from the squad, the franchise said it was disappointed by Gayle’s comments.

It insisted that Sarwan did not play a role in the decision to part ways with the 40-year-old batting star.

“Mr Gayle gave several reasons for the decision that was made not to retain him in the Tallawahs. However, the truth is that this decision was made collectively by the ownership and management team, which did not include Mr Ramnaresh Sarwan, and based purely on business and cricketing reasoning,” it said in a statement.

“The Tallawahs had a very disappointing season in CPL 2019, where the team finished last in the tournament. The ownership and management team has exercised its rights in the selection of players for CPL 2020 for the betterment of the team.”

Gayle, 40, played his first four seasons of the T20 tournament with Tallawahs, which he led to the title in 2013 and 2016, before turning out for St. Kitts and Nevis Patriots in the 2017 and 2018 seasons. He returned to his home franchise last year.

Last week, the St. Lucia Zouks announced he was joining the squad for the 2020 CPL.

In a scathing attack on Sarwan whom he called a “snake”, the big hitter said his former West Indies teammate was being vindictive because he (Gayle) told him he did not think he was ready to be head coach of the squad.

The world’s leading T20 run scorer also charged that management of the franchise was “playing games” with him before his departure. He claimed that the Tallawahs’ CEO Jeff Miller asked him three times to take a pay cut because the franchise was struggling financially.

According to Gayle, he agreed to two reductions, even though a three-year contract he had signed with the team in 2019 stated that his pay would be increased each year. However, the self-styled ‘Universe Boss’ said he refused to a third cut, when the request was made on the CPL’s March 31 retention submission deadline, and Miller said he would get back to him but never did.

Gayle said he subsequently found out from people at the CPL that his name was not on the list.

“The ownership and management of the Jamaica Tallawahs was disappointed to see the comments made by Mr Christopher Gayle about his departure from the Tallawahs, as we would much rather have had these discussions in private,” the franchise said in its statement on Wednesday.

The Kris Persaud-owned franchise also denied Gayle’s claims that his exclusion from the Tallawahs this year was political.

“The ownership and management of the Tallawahs have no political affiliation with any political organization in any country of the Caribbean,” it said, adding that it would make no further comment on the matter as it was “focusing on building the team for the future”.

The eighth edition of the CPL is scheduled to take run August 19 to September 26, but organisers are keeping an eye on the COVID-19 pandemic and liaising with medical advisors and governments to determine if play will go ahead.

CEO Pete Russell has said that novel social distancing measures could be implemented to ensure the tournament comes off as planned, including playing without international players and using only a few stadiums as venues to mitigate against widespread contact.