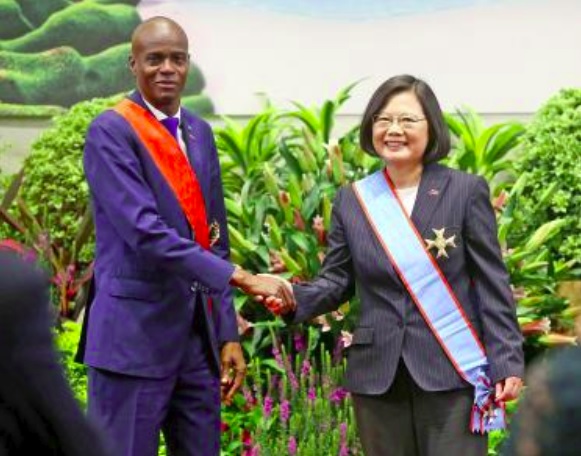 PORT AU PRINCE, Haiti, CMC – The Ministry of Foreign Affairs of Taiwan says plans to  construct an electricity grid have been suspended for now due to the socio-political unrest that the country has been experiencing since February 7.

Alexander Yu, the Director General of the Department of Latin American and Caribbean Affairs, told a press conference on Tuesday that –  “As anti-government protests continue in Haiti,  the construction of the electricity grid planned for Port-au-Prince would only begin after the political situation has been resolved.”

“We have signed a contract for the loan and construction of the project and must wait for Parliament’s approval for construction to begin.”

He said the project, which aims to help alleviate the energy supply problems of the capital, includes the construction and renovation of substations and transmission towers including training for local staff maintenance and is financed to the tune of US $145.89 million by a Taiwanese bank in the form of a commercial loan to the Haitian government The project will be  undertaken by Taiwan’s Overseas Engineering and Construction Co. and could take about two year.

On the weekend, Taiwan issued a second  travel warning – of “orange” for Haiti due to the unrest.

The Ministry  of Foreign Affairs urged Taiwanese citizens to avoid unnecessary displacement in Haiti adding that those who must absolutely move, must to exercise extreme caution.

The Ministry uses red, orange, yellow and gray codes to indicate alert levels for people traveling abroad, with red being the highest alert level and gray the lowest.