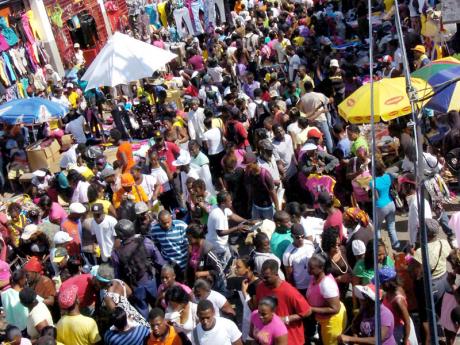 Jamaicans at home and across the diaspora are anxiously awaiting the government’s announcement on the COVID-19 restrictions that will guide the holiday season.

The government had previously stated that there could be a relaxation of the measures come December. But the Andrew Holness-led administration is now facing pressure from public figures who say there can be no easing of the restrictions.

Among them is the opposition Spokesman on Health, Dr. Morais Guy, who says the annual Christmas Eve celebration, Grand Market, should be cancelled.

“Grand market is a totally different event which with the best of intentions, you still won’t be able to prevent people from having huge gatherings. I think that if we see an increased number of cases by mid-December, it would be a prudent move to have those suspended,” he said while on a local radio station. He also stated that he does not see more people wearing masks or social distancing being practised in any way that would lead him to be comfortable.

Last week, the island’s ministry of health and wellness said that it was bracing for a COVID-19 spike because of the expected increase in travel from the diaspora.

The President of Jamaica Manufacturers and Exporters Association, Richard Pandohie has advised the government to ramp up COVID-19 testing, because diaspora members may not want to quarantine in December.

“As we enter the Christmas season, a lot of Jamaicans, especially from the diaspora, will be coming home. We have to find a way to balance everything. Over the EmanciPendence holiday, we had a spike afterwards so we have to learn from that. We are suggesting the implementation of a double-negative reading that people can do to come out of quarantine because people won’t come home to spend 14 days in quarantine. It’s not pragmatic nor practical.”

Pandohie has also echoed sentiments made by Dr. Guy, saying that grand market should be postponed until 2021.

“I believe that there are certain activities this year that we just have to put on hold and hopefully next year we’ll have a vaccine and things can get back to normal. But any event that calls for mass gatherings would be irresponsible this year,” he said.

The Jamaican government is expected to announce the new curfew and other safety measures for the holiday season next week.