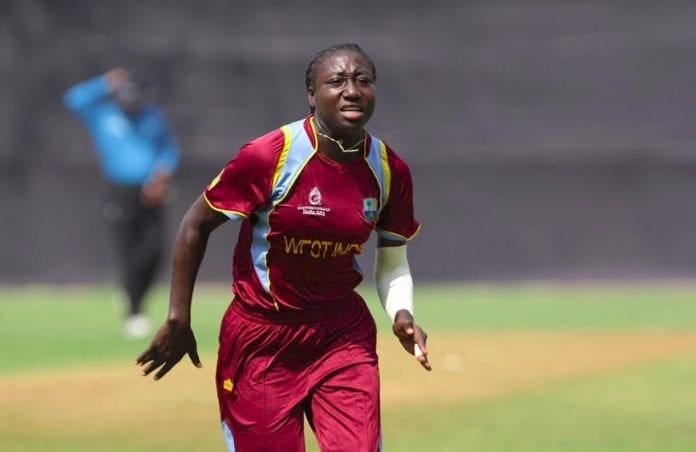 GEORGETOWN, Guyana, CMC – West Indies captain, Jamaican Stafanie Taylor struck her third regional one-day hundred but first in five years to negate Shemaine Campbelle’s, as Jamaica repelled a strong challenge from hosts Guyana to pull off a six-wicket win, in round two of the Women’s Super50 Cup on Tuesday.

Asked to chase a demanding 243 at Everest after Campbelle had stroked 111 – also the third century of her career – Jamaica overhauled the target with 20 balls to spare, with the experienced Taylor carving out 119.

Twenty-two year-old opener Rashada Williams stroked a patient 47 while Windies batsman Chedean Nation chipped in with a breezy 30 off 39 deliveries.

Fast bowler Erva Giddings, who ended with three for 39 from her 10 overs, set back Jamaica early when she bowled West Indies batsman Natasha McLean without scoring off the second ball of the innings without a run on the board.

However, Taylor took command of the innings, hitting 16 fours and a six off 118 deliveries in adding 119 for the second wicket with Williams and a further 81 with Nation for the third wicket.

By the time Taylor and Nation both fell to Giddings in the 43rd over, Jamaica were in sight of their second straight victory, and Chinelle Henry arrived to punch a cameo nine-ball unbeaten 23 to see her side home.

Campbelle had earlier counted 14 fours and two sixes in her 118-ball knock as Guyana chalked up 242 all out off 49.4 overs.

Batting at number three, she held the innings together from early and after it lurched to 114 for seven in the 29th over, put on a precious 98 for the eighth wicket with Tremayne Smartt who slammed 58 off 64 deliveries.

Taylor claimed three for 44 with her off-spin in a fine all-round performance.

At the National Stadium, Barbados flexed their muscle in crushing Windward Islands by 241 runs, to also post their second straight win.

Sent in, they piled up a record 334 for three off their 50 overs – their highest-ever total in the history of the modern domestic championship – with West Indies stars Deandra Dottin (94 not out), Hayley Matthews (91) and Kycia Knight (81) all getting half-centuries.

Skipper Matthews struck 13 fours and a six off 113 balls, posting 134 for the second wicket with Knight after Danielle Small had perished cheaply for eight in the seventh over with the score on 35.

It was Dottin, however, who provided the rollicking finish to the innings. She lashed 15 fours and two sixes off a mere 50 deliveries, inspiring an 88-run, third wicket stand with Kycia Knight and an unbroken fourth wicket partnership of 77 with Kyshona Knight (23 not out).

In reply, Windwards were bundled out for 93 in the 29th over, with Windies fast bowler Shamilia Connell snatching three for 36 and her regular new-ball partner, Shakera Selman claiming two for 12.

In the other match at the Georgetown Cricket Club, Trinidad and Tobago romped to their second consecutive win when they overhauled Leeward Islands’ paltry 76 to win by four wickets.