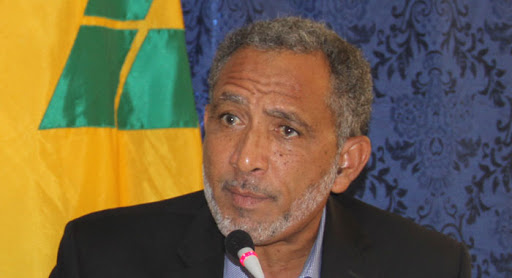 The leader of the main opposition in St. Vincent and the Grenadines, New Democratic Party (NDP), Dr. Godwin Friday, is calling on Prime Minister Dr. Ralph Gonsalves to name the date for the next general election, constitutionally due by March next year, but widely expected to take place this year.

“Sr. Vincent and the Grenadines deserves better and it is time for change. After 20 long, unsuccessful years of the ULP (Unity Labour Party), our country cannot afford five more years of their broken promises and neglect,” said Friday, who is leading the NDP into a general election for the first time.

“The choice is more broken promises, complacency and self-interest from the ULP or a new beginning, a plan for jobs and growth, and a better future from the NDP. There is an alternative and a better way. When the election comes, use your vote to deliver a better future for all our people,” said Friday.

He urged party supporters during a virtual meeting here to “choose hope for your families.

“We have a clear goal to protect, support and create jobs,” he said, adding that NDP administration will give businesses the confidence to retain their workers and hire new ones also.

“And we will make sure jobs are created in every part of our country, from Fancy in the north to Ashton, Union Island in the south, and all places in between. My personal priority is to give young people a better start and to give Vincentians everywhere the opportunity of a fresh start. I can assure you that where problems emerge, we will confront them, together. That is to only way to succeed.”

Gonsalves ULP is seeking an unprecedented fifth consecutive term in office and the prime minister, one of the longest-serving regional leaders, has already indicated that he intends facing the electorate later this year.

“We have a plan to bring new investment and new funds into St. Vincent and the Grenadines that has been so badly neglected by the ULP,” he said, adding that the island needs effective citizenship by investment (CBI) programme with checks and balances.

“Our Caribbean neighbours who have such a programme have benefitted from substantial projects and an inflow of funds to boost economic growth.

“St. Kitts and Nevis has the original citizenship programme, running since the 1980s and funds are used for projects such as the building of schools, developing infrastructure and roads, and cruise ship terminals; and to bring their students home …during the COVID 19 crisis,” Friday said.

He added that in Dominica, CBI money was used to rebuild after hurricane Irma and Grenada is using it to pay off government debt.

Gonsalves has said that he does not support the idea of a CBI where foreign investors are granted citizenship in return for making a significant contribution to the socio-economic development of the island.