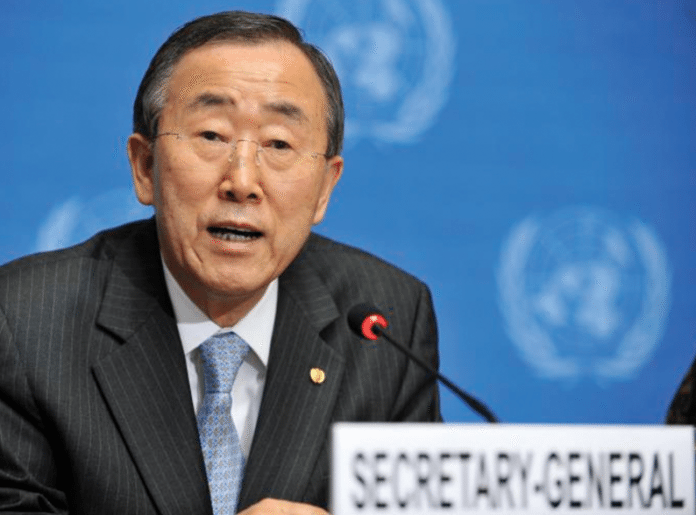 The United Nations General Assembly has identified St. Vincent and the Grenadines among nine countries that are not allowed to vote in the current 70th Session because of arrears in paying their dues.

The Dominican Republic is the other Caribbean country that has been barred from voting.

The others are: Bahrain, Burundi, Libya, Mali, Marshall Islands, Vanuatu and Venezuela.

“Under Article 19 of the Charter, a Member State in arrears in the payment of its dues in an amount that equals or exceeds the contributions due for two preceding years can lose its vote in the General Assembly,” said the UN General Assembly in a statement.

“An exception is allowed if the Member State can show that conditions beyond its control contributed to this inability to pay,” it added.

UN Secretary-General Ban Ki-moon last week informed the General Assembly that 15 countries are in arrears in paying their annual contribution to the UN regular budget, “which means they can’t vote in the 193-member world body unless there are exceptional circumstances.

Ban’s letter, which was dated Monday and circulated on Friday, also included Iranwhich was under UN sanctions over its nuclear program until two Saturdays ago, when they were lifted.

They are: Comoros, Guinea-Bissau, Sao Tome and Principe, Somalia and Yemen.

Ban’s outlined “the minimum payment” that the nine other countries must make in order to have their voting right restored.

Amounts range from just under US$3 million for Venezuela and US$2.1 million for the Dominican Republic to US$2,155 for St. Vincent and the Grenadines, and US$1,360 for Burundi.